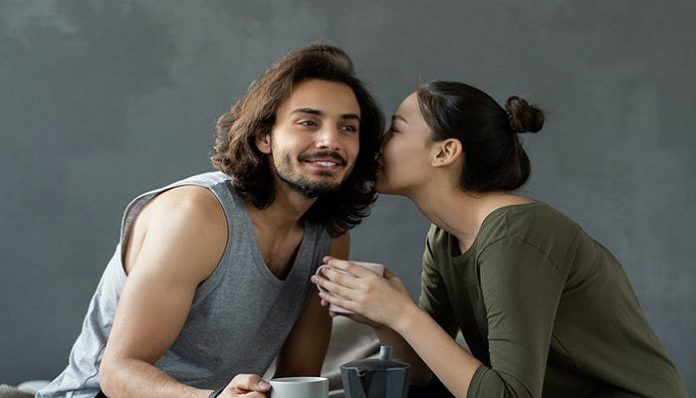 If you’re reading this, chances are you know exactly what “almost relationships” mean. You know them far too well, and all the times you fell into the same f*cking trap, a sort of merry-go-round of dating someone, investing your time and energy and letting it all go to waste when they suddenly fall off the face of the earth.

Too many of us have fallen victim to the highly dysfunctional concept that is “the almost relationship.” You know, that guy/girl you were sort of seeing, made out with a few times until all of a sudden, they simply stopped talking to you.

And the worst part?

You can’t necessarily call it a breakup because you weren’t “together.” Yet, you go over every single detail of your time together thinking what went wrong, what you could have done differently, and instinctively long for the feeling of closure.

I’m sure this person cares about you (if not, they wouldn’t have been around in the first place). I’m pretty certain he’s even a semi decent guy, or she’s a nice gal.

You’ve seen parts of them that made you hopeful for the relationship to last (at least, longer than it did.)

But the thing I, as well as all of you, who damn well deserve better, have to understand is that the other person secretly loves that you love them more.

This, my fellow hopeless romantics, cannot possibly be classified as real love.

That can, however, be called being selfish.

He may be a good guy, but how he treats you isn’t good. If he really cared about you it wouldn’t be an almost thing.

She may be a caring girl, but she treats you as merely an ‘option.’

Ladies, you may hang on to him for fear of society scrutinizing you for being single. I mean, a retired male American athlete can come out as a transgender, rename herself Caitlyn and we (rightfully) defend her right to be who she want to be. But tell me how many times I’ve been asked why I’m single and I’ll laugh in response, simply because I’ve stopped counting. Or, better yet, how many times I’ve answered “Because why date one, when you can date five guys” to make dinner parties a little more entertaining (although my mother would strongly disagree with you on that one…)

And, to all the nice guys out there (because I don’t believe you’re extinct…yet), you simply want what you can’t get. Which is precisely the reason why you still long for the girl that can be classified as “your almost relationship.”

I’m telling you all the things I once told myself, simply because you deserve better.

I’m telling you to let go because they don’t acknowledge your worth.

I’m telling you to let go because you’re driving yourself crazy thinking what went wrong.

But really, you just need to look back at the time you spend together and MOVE ON. You need to focus on being you, before you allow someone else to be your whole life.

You’re stronger than you think you are. You may think you need him, but one day he’s gonna realize he needed you more.

You’re wiser than you think you are. You may think she’ll come to her senses, (and she will), only when you found someone who loves you just as much as you love her.

One day, he’ll look at you in the distance with the regret you deserve.

One day, she’ll look at you with the remorse you once felt too.

One day, they will call you asking for a second chance, when you finally moved on.

One day, when you no longer wish to see them, they’ll open the wounds that you closed a long time ago.

One day, you’ll realize how amazing you are and stop settling for anything that includes the word “almost.”

But more than that I want you to finally be in a relationship you deserve and never again utter the word ALMOST.

I want you to get off your ‘almost’ merry-go-round, and start living.

So, my dear, are you living yet? Or just almost living?