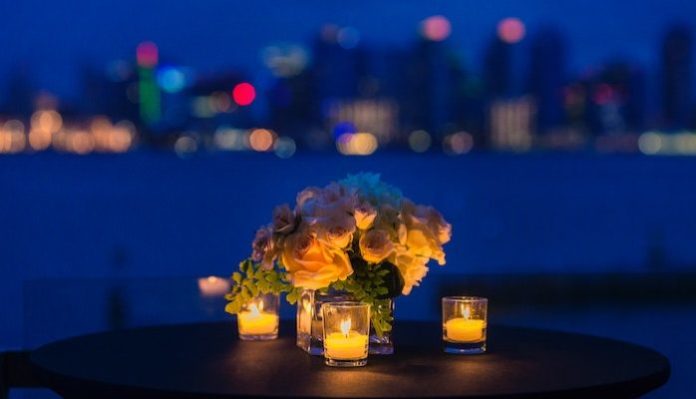 I’m sorry, but when the fuck did “dating” disappear?

I have a friend who just got back on the market. She’s super classy, and she’s kind of with this new guy. They’ve had a few (non-sexual) sleepovers, but she wants him to take her on an actual date before she gives it all up. Not unreasonable, right? But we were talking the other day and I actually heard myself say to her, “You can’t expect too much from a guy in college. Sex comes first, a date comes way later, and only if he really likes you.” LIKE REALLY? Wtf.

Girls – and boys – we seriously need to get our shit together.

Is it really too ball-busting to ask a guy to drop $6.75 on you at Chipotle after an hour (or five minutes, let’s be honest) of a semi-drunk hookup? Or wrong to expect the boy who so consistently texts you each Saturday at 2:39 a.m. to allocate one precious evening for a dinner date? HELL. NO.

I just don’t understand today’s collegiate standards. Dating has completely disappeared, and girls jokingly refer to a “walk of shame” as a “stride of pride.” Umm, I’m calling bullshit. Please show me one girl who looks proud on that lonely walk home, with obviously smeared mascara, messy bedroom hair, and eyes focused on the concrete ground.

And while we’re on the subject, when did girls become sluts, or teases, or skanks for going out to dinner with one boy on Friday night, and then to a movie with another on Saturday? How is that worse than sleeping with two different guys in one weekend, something that is becoming an increasingly common phenomenon on college campuses nationwide?

When romance wasn’t more confusing than a cumulative exam, A.K.A. when people were actually normal, you didn’t have to completely commit to one guy until he asked you to “go steady.” Until then, all else was fair game. Nowadays, that’s unheard of. Modern romantic tactics are much more sneaky and difficult to understand.

Did the boy you hooked up with two weeks ago just send you a casual, “What’s up” text? Does that mean you’re like, talking now? How long should you wait to text him back? Is it okay to double-text if he doesn’t answer within 10 minutes? Does “Heyy” or “Heyyy” sound better? Is an emoji too much? What about two emojis?

Unless that “What’s up” text is followed by a sincere, “What are you doing tonight? Let’s grab dinner together” text, he’s absolutely no concern of yours. What’s the point of pining over a douche bag? Gather up your precious self-respect and MOVE. ON. We girls can do so much better, and your 30-year-old self will thank you for it.

When you like a boy and that boy likes you, it shouldn’t be complicated. If (and hopefully when) you find that special person, the relationship should flow naturally. Fuck the mind games, fuck the booty calls, fuck him! (Just not literally.) But hey, if you’re all about the casual sex then I’m not here to stop you – I’m just telling you to get a clue.