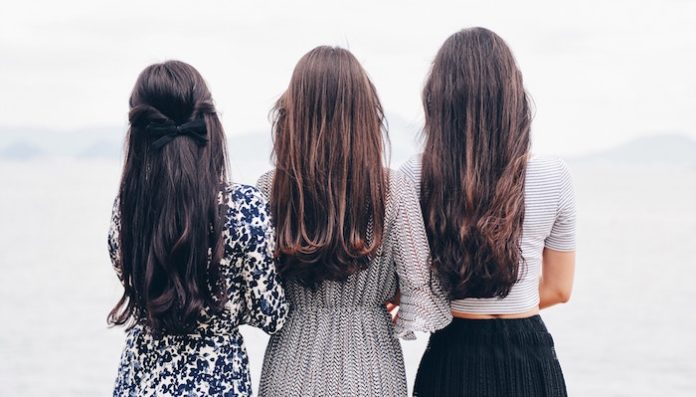 Last October, the Harvey Weinstein scandal rocked Hollywood, prompting celebrities to candidly share their personal stories of sexual assault and abuse by the producer.  On October 15, 2017, in an effort to highlight the magnitude of sexual abuse, assault and harassment, actress Alyssa Milano tweeted, “Suggested by a friend: If all the women who have been sexually harassed or assaulted wrote ‘Me Too’ as a status, we might give people a sense of the magnitude of the problem.”

Milano’s tweet sparked a floodgate of people of all genders and backgrounds to tweet #MeToo as a show of solidarity for other sexual abuse or assault survivors.  Within hours, her tweet had been favorited, retweeted and commented on thousands of times.

Since October, #MeToo has spawned countless articles and opinion pieces, both supporting and decrying the movement, with detractors claiming that simply tweeting #MeToo does nothing to remedy the cultural condonation of sexual abuse and assault, which is deeply rooted in patriarchal attitudes that fail to establish boundaries and promote respect for all.  However, #MeToo has empowered survivors, particularly those who have felt ashamed or alone in their experiences with sexual abuse, assault or harassment, to speak out, take ownership of their stories and realize that they are never as alone as they feel, which is a powerful step towards breaking the cultural taboo of sexual assault.

Two weeks before #MeToo ignited a global flame of sexual assault awareness, a seemingly innocuous comment on an article I had read sparked a heartbreaking personal revelation: As much as I had tried to repress any memory of it, an incident at a high school dance, during which a boy I did not know began grinding on me before I could consent, then promptly danced away, was, in fact, a sexual assault.  Nearly 5 years after the encounter, I saw the truth with painful clarity: I am one of the millions of women who have experienced sexual assault.

Recognizing the gravity of my long-ago experience with sexual assault was simultaneously empowering and heart-wrenching.  I finally understood that neither the length of my skirt, nor my appearance, nor my demeanor contributed to the non-consensual encounter.  The fault rested entirely on a stranger — a boy who violated my privacy, a boy who viewed me as little more than an object. However, pushing past my denial provoked the very shame that had rushed over me 5 years prior.  I felt that my personhood was suddenly reduced to a pervasive statistic of which no one wants to be a part, but paradoxically, I also felt completely alone, misunderstood and terrified of judgement.

Until the world not only validated my struggle, but also the struggle of so many others by responding #MeToo.

The unending spate of tweets, posts and comments under the #MeToo hashtag is affirming, thought-provoking and deeply disturbing, but #MeToo has unearthed an invaluable piece of the discourse surrounding sexual assault — dialogue.  Sexual assault is highly stigmatized and rarely discussed, as evidenced by the thousands of people who, since the inception of the #MeToo hashtag, bravely shared their sexual abuse, assault and harassment stories for the first time. There were those who expressed a longstanding pressure to hide what had occurred from family and friends, those who were expected to cover up the abuse they had faced and those who received disbelief upon first disclosing their non-consensual encounters, effectively silencing them.  By creating a safe space for survivors to share their stories — as well as their forced silence in the wake of sexual abuse or assault — #MeToo has powerfully begun to quell the shame survivors feel and break the silence they are expected to maintain, effectively working to end the deeply-entrenched stigma surrounding sexual assault.

Although #MeToo cannot completely change our culture of entitlement, in which sexual encounters are wrongly assumed to be a given right, silence is routinely mistaken for consent, and merely knowing people of different genders and backgrounds is equated with respecting them, the hashtag has become a gateway to a radical shift in the cultural paradigm. To change the culture of entitlement, we must first change the culture of silence, and the #MeToo hashtag has greatly reduced the silence surrounding sexual assault. By providing an outlet for affirmation, validation and community, all of which has traditionally been sparse for sexual assault survivors, #MeToo is returning patriarchal power to whom it truly belongs — survivors of sexual abuse, assault and harassment — thereby providing an empowered voice to those who have been silenced for far too long and fearlessly moving towards a societal ideal of respect for all.

Photo by Suhyeon Choi on Unsplash

5 Ways To Make A Great First Impression On Your Next...

Read This If You’ve Ever Been Curious About Death