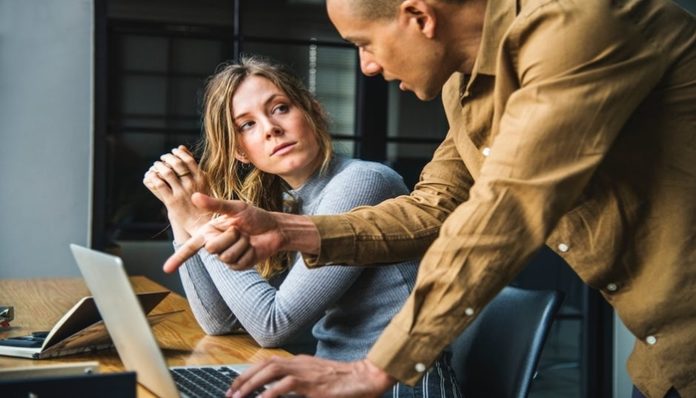 So, after having a mini-meltdown—whatever, no shame—my friend said, “Oh, that makes sense,” after revealing a secret that I kept to myself my circle of close friends: My former boss wanted to sleep with me after one too many drinks with him while I was his assistant.

I know, that is not okay and sounds awful. But I was also remembering where I was, not just everything that I had said. When I woke up the following morning, after passing out in his bed (yeah, a big no), I felt both guilty and embarrassed. I remember seeing that he had set a divider between us the night before, so I was aware that there was no funny business. Plus, I remember telling him after falling asleep in the corridor to the apartment that if he touched me, I would cut off his d*ck.

Yeah, this sounds bad, but coming from someone who has been both sexually harassed and assaulted multiple times, I knew that I was just in a limbo of him making sure that I did not drive home while intoxicated.

I do recall him asking if he could help me stand up so I could sleep off the alcohol, and I grabbed onto him. But, the following morning, after he had asked if I could lie next to him and after I told him “no” and “f*ck off” (and he did), things only seemed to get weirder at the office. Especially since it was just the two of us and maybe two or three editors every other day.

As women, we know when a man or even a woman is looking at us like they want to f*ck. Well, that is what I felt from my now-former boss up until the end of summer when I would sometimes use the office to do table reads or stop in and work on projects. After all, the day after my last day of being his assistant, he texted me a thank you for helping him out with both the TV show and his company.  He also said that the office was mine. I get it, too…

It does take two to tango and going through a breakup in between all of this was making me more open to telling him way too much information about my life. And perhaps, I should have taken extra caution after one of my best guy friends met him and said, “Nah, he likes you but don’t think he respects your professional life, too.”

That should have answered my own question whether he respected me or not — I think at some point, he did; however, my former boss is one of those people where he tells you how the business is supposed to “work” and you then go off and do your own thing, well you just become a threat to him. An enemy and a competition.

Maybe, I should not have told him that I was flattered after confronting him about how I caught on to him flirting.

But again, I do not have regrets, as he should have drawn a line if he was trying to keep things professional. Maybe, according to some of my friends and colleagues who have met him and personally do not like him, his intentions were always different with me. Perhaps, I was never taken one-hundred percent seriously in his eyes, and he was good at hiding it… up until I started confronting him on things both personal and work-related.

Sometimes, he would catch me up to speed on what was going on with his company projects, but often, he never seemed sure of what he wanted for himself.

That should have been a red flag, to begin with.

But maybe, I was the naïve chick who wanted to see the best in someone who did introduce me in the beginning to a few of his colleagues. I even heard others talking about how he spoke “highly” of me and wanted them to train me. There were times when he would ask to see my material, but I preferred that he came to a screener. Yet, when those “follow up” times came, he was already making it clear that he was curving me; and it has just taken me until now to realize that.

The most painful part of this experience was being demoted because I didn’t sleep with him and being upfront and confrontational and him telling me how he respected what I was saying and how he liked that about me, even though it was just one big, fat f*ckin’ lie..

Again, this is not a piece to bash men or even women who do sleep their ways to the top, but this is to let anyone out there know that you are never wrong for feeling angry, sad, and betrayed for being hurt by the people whom you thought were close to you. Feelings are feelings, and they are always valid.

So, what is next for me?

I think after two days ago with that drunken argument with my former boss, it is time to listen to the universe, as well as to my loved ones who do have my back, and to continue to focus on my own projects that I have been passionate about for years.

Plus, karma is a bitch as well, and I am a firm believer that if he continues to use people like he does and then to demote and down talk them when they start recognizing his pattern, well, sucks to be him, then.

5 Tips On How To Start Living Your Life For You