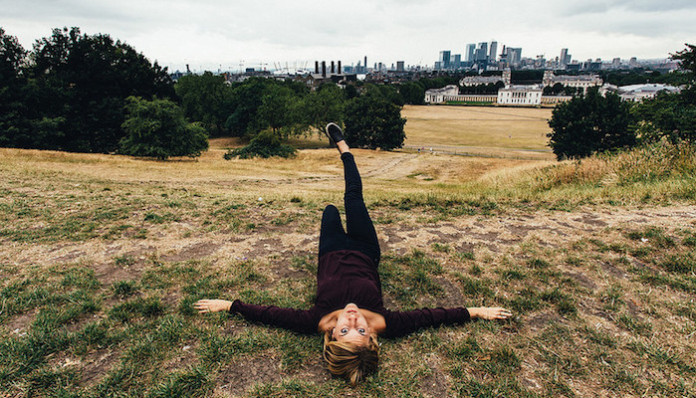 If you’ve ever been through a serious breakup before, I don’t need to tell you how difficult they are. We all know that feeling in the pit of your stomach that comes along with the realization that the relationship truly is over. There’s always the initial shock, usually followed by denial, and eventually ending with acceptance – whether we want to accept it or not.

I remember when I went through my last breakup, almost exactly a year ago, and everyone around me tried to cheer me up, telling me what they thought I wanted to hear. I got all the classic responses: You’re better off without him. He wasn’t good enough for you. Now, you can be free and have more fun.

I knew my friends were wanting to help, but instead they were making me feel worse. They were making me feel like something was wrong with me. How could they act like it would be that easy? Because the reality of it was, in that moment, I thought that I would never be happy with anyone again. I remember thinking that the phrase “it will get easier” was the biggest piece of bullsh*t I had ever heard. Now, looking back, I can finally see that it did get easier and over the course of a year, I was able to find peace with it and move forward with my life. However, getting there was definitely not something that happened over night and I realized that letting go of someone you really care about is nowhere near as easy as it looks, and here are 5 of the main reasons why:

When you are with someone, especially for an extended period of time, you become accustomed to having them around. They become a constant in your life. All of the sudden, when the relationship ends, it’s like your world is knocked off-balance. When I broke up with my ex, I felt completely stuck and confused, unsure how to navigate through the day without him there. Reestablishing myself without him seemed almost impossible. It wasn’t until he was gone that I realized how much I had truly depended on him.

After a breakup, it seems like everything around you is just another reminder of the person. Whether it is one of his favorite songs on the radio, a movie you guys once saw, or a food you know he really likes – it’s like the universe is throwing him in your face, making it impossible to begin the healing process. For a lot of us, we often have to change our own habits, likes, and dislikes, in a desperate attempt to avoid these reminders as much as possible. As time went on, I was slowly able to reintroduce these things back into my life, but there was always still that pang of a memory when a chorus we used to listen to first came on.

The problem that nobody can be prepared for when going through a breakup is that you aren’t just letting go of the person, you are being asked to let go of the plans and ideas you had for your future with them. Whether it be short-term plans that can no longer happen, like going to the restaurant you were both wanting to try, or more long-term goals like talking about moving in together or getting married one day, re-adjusting your mindset takes time and is a difficult pill to swallow. It’s one thing to move on from the past, but it is another to move on from the potential of the future.

The scariest part of my breakup was the thought I immediately had that no one would ever be able to understand me as well as he did, yet still love me that much. It takes a lot to really explain your past to someone, and for them to grow to understand all of your insecurities, flaws, and quirky qualities. Accepting the end of a relationship with someone who knows you that well also means accepting the fact that you will eventually have to start that process over again with someone new.

Once you slowly begin to start healing, the real test comes when you are asked to decide whether you are ready to open yourself back up to someone new or not. Letting yourself be vulnerable to another human is scary enough, but after getting your heartbroken, it’s tempting to just shut people out altogether. You begin to ask yourself “What if it was my fault that things ended?” and, “If he couldn’t handle me, maybe no one can.” But once you start to believe that there is someone else out there who can accept you in a way that your ex couldn’t, moving on from the relationship can finally become possible.

Unfortunately, when you intertwine someone so deeply into your life, the initial act of breaking up is just the first step in a complicated process that often seems like it will never end. But feeling that way is normal and is something we all have to overcome over time. It is part of allowing yourself to love another person so deeply. Despite the heartbreak and the months of feeling like I would be alone forever, being in love was worth it. As cliché as it sounds, I really do believe that everything happens for a reason.

Letting go of the future you so desperately believed in isn’t easy and letting yourself be vulnerable to someone new is even scarier. In the end, if that person and future was right for you then things would have played out differently. Moving on means allowing the possibility that a better person and future awaits you one day. For me, accepting that was the very first step in letting my relationship go. More importantly, embracing my fear was the last step in finally moving on and moving forward.