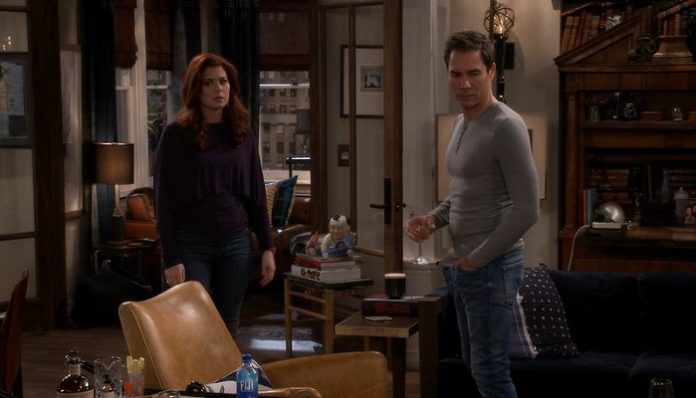 When Will & Grace rebooted last year, I forgot how much I needed Karen Walker in my life. The show also reminded me how exciting having a gay best friend can be. You’re both after the same gender, but there’s zero competition. If you are straight, single, and female, you need a gay man in your life, pronto. Here’s proof – or what will be your next Personal Ad – below.

A male gay best friend is literally like having a self-esteem guru on-call. (Paging Tony Robbins!) Even if I’m tossing my garbage (sans makeup or bra half the time), my neighbors, my gay bestie, and his adorable boyfriend typically comment, “Oh, honey, you look fabulous.” I don’t quite receive the same reaction when I see my brothers for family dinner. They would barely notice if my hair was dyed electric blue. My gay best friends instantly make me feel like Gigi Hadid, ready to take on the world in my leggings and sweatshirt. These men put an extra spring in my step, and it’s exhilarating. There’s a reason Carrie Bradshaw needed her Standford Blatch.

Gay men are generally totally black and white. They are brutally honest. If you’re curious how you look before a first date, ask one. You’re either “stunning” or “hideous” — there’s no in-between. When I showed my friends a picture of my latest Bumble match, they responded, “He’s definitely dabbled.” Translation: He’s bisexual or has experimented with his own gender. If you’re wondering whether your new diet is working or your roots require a touch up, hit up a gay man for the real answer. If you need Botox, they will endorse it 100%. It’s beyond refreshing for men to tell you the truth in such a breezy, “I want the best for you” way.

Gay Pride isn’t just about colorful flags and day-drinking. Or is it? Gay bars play the best music and everyone is happy. Sure, the odds of me meeting my soulmate there are slim to none, but homosexual men are full of life and energy. They’re loud and proud, and I absolutely love it. They’re free and embrace their sexuality to the fullest. My friend was on Grindr, and two minutes later, he said he was going to meet up with someone. Straight people are way more annoying. We do the back-and-forth, the head games, and the waiting. Gay men cut to the chase, and they are also bosses at breakups. While I’m crying on my bathroom floor in the fetal position, they are already swiping their way to their next conquest. If straight people did that, we would consider them sociopaths. Gay men, though, are the pot of gold at the end of all the rainbows.

Gay men watch the best TV and usually know a Real Housewife or two. My brothers are all about sports and Superbowls… blah, blah, yawn. My homosexual friends love Taylor Swift and may have even met her mom randomly at a show. They goo goo over Gaga. Cher is everything and Mariah is satisfactory, but she’s a diva most of the time. Beyoncé slays. They’re privy to every TMZ or Us Weekly headline and always ready to critique the red carpet. They quickly catch celebrity references, even when you only mention the celeb’s first name. If I say, “Chrissy proves models actually eat!” my gay bestie is like, “Duh! She has two cookbooks.” I love talking shop with my gay BFFs and aspire to be in Andy Cohen’s squad or at least bartend one night in the clubhouse.

Gay men are on their design game. They understand everything about fashion, art, and what’s en vogue. Some actually read Vogue. Their homes always look impeccable, and they know all of the top brands, paint swabs, and wallpapers they used. When a gay man likes your apartment, you just received their seal of approval, and it’s amazing. They’ve mentally noted every single item in your entire place. They’ve also checked you out top to bottom and can spot whether you’ve had a facial, manicure, or any other grooming. They appreciate your non-chip, daring, bold color choices and your occasional festive sparkle nails. And, darling, if you need help with any of the above, homosexual men know the premier place or person for the job.

Gay men have made this straight woman feel like a goddess, and it’s marvelous. My neighbors and their friends are truly the Wills to this Grace. (When they’re actually free— they’re more booked than Nobu Malibu.) Some things never go out of style, and a friendship with a gay BFF is most definitely one of them.

Unusual Wedding Traditions From Around The World