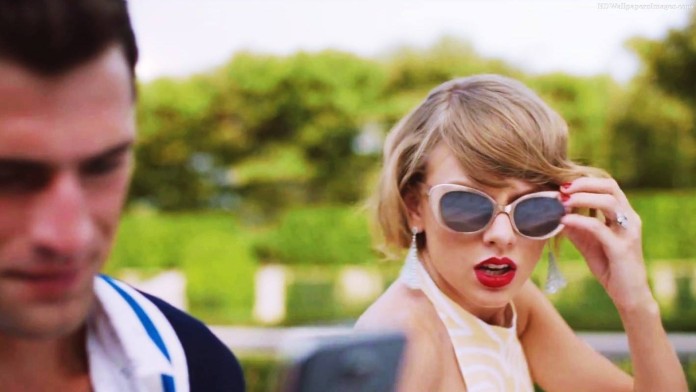 Do you guys ever do that thing where you purposely make your boyfriend a greasy snack (like tater tots) so that the grease from his fingers gets on the screen of his phone and then you can see what four numbers he uses for his password? Yeah, me neither. But that’s not the point…the point is that we are all so quick to hate on the ‘crazy’ girls but we never take the time to take a step back and appreciate what is actually: pure fucking brilliance.

That’s right, these girls aren’t ‘crazy’, they are genius’. Look at it like this: if there is something that you want to find out about the person you’re dating…and there IS a way to find out, why wouldn’t you find out? It’s way more crazy to be stressing out on the unknown than it is to just find out for yourself! I don’t think it’s fair for these girls to be labeled ‘crazy’, I think it’s having self-respect and essentially just being a go-getter.

Throughout this great literary adventure I am about to take you on, I am going to defend a few different methods you can use to effectively gather the answers to all of your questions about the person you’re sleeping with.

1. The “putting yourself in the right place at right time” strategy. (You may just have to wait a while for the ‘right time’ to kick in.)

This is how it works. If you want to know if the guy you’re dating is sleeping with the girl from his work, why wouldn’t you just park outside of his house and wait to see if she shows up in her ’98 beige Ford Focus? Park behind a tall bush and enjoy some quality ‘me-time.’ You could get so much done with this time; perhaps, bring a book, pack a snack, maybe even bring your tweezers and give yourself a nice brow shape up.

Life is all about seizing opportunities, right? So, when your boyfriend is in the shower…that should easily be the most productive 10 minutes you have all day. Nothing is worse than getting caught in the act of snooping, so why wouldn’t you take advantage of pure unsupervised time with his phone? He won’t suspect it at all, he probably thinks you’re still asleep. There is no time for sleep when you are on a mission! (I will admit that it’s crazy to sit on the bathroom floor all night and go through his phone while he’s sleeping, but 10 minutes is just a little innocent browsing!)

Let’s just put things into perspective here. Let’s say you’re dating someone and you have a strange suspicion he’s been texting another girl and you feel like you just have to find out or else you’re going to go crazy. Why wouldn’t you take advantage of these opportunities to find out for yourself instead of letting it distract you all day?

Don’t be the stalker, create one!

This is mainly used to attack his online activity to pin what is going on (24/7). Here is my technique, I create a fake twitter account. (I know what you’re thinking and no, I’m not insane.) I don’t pretend to be another person, that’s for the crazies…Personally, I choose a restaurant in the nearby area and create a Twitter account for them! This situation is a Win…Win, Win, Win Win, Win! All pros, no cons. Doing it this way, not only can you follow him, you can follow all of the girls he follows on Twitter, all the girls who follow him on Twitter; girl, you can even follow yourself! congratulations, you just got another Twitter follower! (Who doesn’t love twitter followers, am I right?) This way, you can get access to the girls with locked Twitter accounts without having to look like a creepy girl. From now on, not a favorite or reply will get by you, sister! Viola! Also, I know a lot of you readers are still in college or recent grads – I mean, at this point let’s face it, you’re basically a PR intern for this restaurant, you can put that on your resume! Another win! Why wouldn’t you?!

I am the biggest fan of *67. This technique is used when you want to know what is going on in the background of where he is at. When you dial *67 before calling, it shows up as a blocked number so there is no way to know that it’s you. There is also no way to prove that it’s you (tip: just be silent). Sure, he’ll pick up and say ‘hello?’ three times and hang up, but that is just the amount of time you need to pick up on the background noise and find out if the crowd he’s with is co-ed. I can’t stress enough how confusing it is to me that people don’t take advantage of these tools! *67 is a gift from technology and when technology gives you a gift, you better open it!

I know this may come off as a shocker, but I have been called crazy once or twice in my life due to all my ‘stalking’. So, one of my therapists suggested that I take up a new hobby, so I’ve been doing a lot of gardening lately. It’s been great, I’m really finding a lot of balance…plus the tree I’ve planted has grown tall enough to see into my ex-boyfriends bedroom window. I mean, sure…you might think it’s weird that I’m there every night with a high power telescope and a bottle of Moscato, but seriously you guys, why wouldn’t you?

How To Plan Your Dream Wedding Without Hiring A Planner