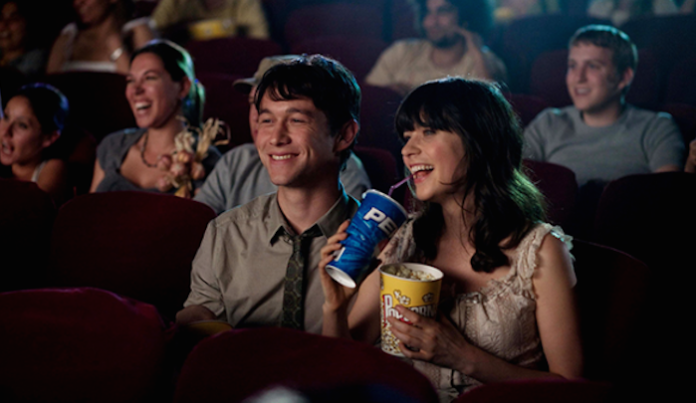 Dating is rough. Like, really annoying. Worrying about what you’ll wear, planning out talking points if conversation doesn’t flow, planning out which friend is calling you with a fake-emergency if it’s unbearable, wanting to order a burger but ordering something neater because sauce on the face is a no.

Seriously. Who actually likes first dates? Freaking miserable. I am not the kind of girl who wants to put on my best face and try to impress someone. If I’m leaving my pajamas, couch, and Cabernet to put on heels and flirt with you, you better not make me regret it. So when a first date actually does go well, I’ve noticed there are certain things that always seem to happen. So boys, or girls, here’s what needs to happen if I’m going on a second date with you. Take it or leave it.

I am not the kind of girl who expects a man to pay for me. If I initiate the plans or the date, I pay without question. If I’m asked on a date, I offer to pay and always insist on at least leaving a tip. I consider myself a 21st century, independent woman. If I expect men to treat me as an equal, I should spend an equal amount of money. That being said, at least offer to pay. Even if I don’t let you, it doesn’t go unnoticed that you were considerate or thoughtful enough to try. Major points. In fact, this is pretty much a deal-breaker. I don’t need you to pay for me, I want you to be considerate enough to try.

I don’t know you. Chances are, you know very little about me. That being said, it’s pretty easy to tell when someone is being a phoney. Be yourself. There’s nothing sexier than someone who knows who he is and is comfortable with it. I mean, don’t pick at your teeth or fart like you would sit on your couch while watching South Park, but don’t pretend to be someone you’re not. I’ll probably know if you’re lying about being a CEO or *almost* making it to the major leagues.

4. Mention Your Friends or Family

Talking to me about people in your life not only shows me that you care enough to mention them, but that you’re actually making an effort to allow me to know you. There’s something sweet that I can’t resist about a guy who’s focused on his family. Not in a failure-to-launch, mom-still-does-your-laundry kinda way. In a caring brother, son, best friend kind of way.

I can promise you that I’ll show up looking great, even though I’ll secretly be wishing I were in sweats. So if you show up in last night’s wrinkled shirt and a musky smell that makes me wonder when you last showered, you’re not getting a second date. It’s not about materialistic needs, it’s about consideration. I don’t expect a suit or anything that would make you feel uncomfortable. Just look like you put some thought into it. Smelling nice can’t hurt your odds either.

The point is, dating is a hassle and first impressions truly do matter. I don’t have the time or energy to waste on pointless dates that I can tell aren’t going anywhere. If you’re hoping for date two, I promise doing these things will help regardless of who your date is. So take them into consideration, and may the dating odds be ever in your favor.

Featured Image Via 500 Days of Summer

You Were My Trigger, But Now You’re Just An Unloaded Gun

3 Things About Fall That Makes Coping With Stress Easier