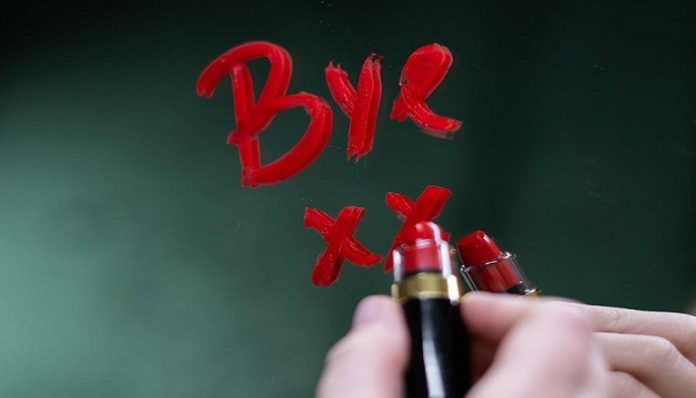 With the start of a new year comes a long list of resolutions that we plan to uphold in order to better ourselves. Eat less carbs. Drink less soda. Exercise at least 5 days a week. All are admirable goals, but the reason many of these New Year’s promises never last more than a month is that they often contain unattainable objectives or activities that make us miserable.

Our top resolution for the New Year should be to live a happier life. One way we can do this is by cutting out people from our lives that don’t bring the sort of joy that they used to, or people that never brought us any sort of joy to begin with. As harsh as this may seem, the best way to bring some more pep to our lives is to surround ourselves with people who make us better and not…

Yes, the First Amendment allows you the freedom to say virtually whatever you want, through whichever medium you want to say it. However, we don’t really care to know who you plan on voting for in the next midterm election or how you disagree with the Catholic Church. Please keep these kinds of opinions to yourself, or we’ll be forced to unfriend you, permanently.

We’re sick of hearing you complain about the boyfriend you don’t have or how you only got two Michael Kors handbags for Christmas instead of three. Follow any news outlet on Twitter and you’ll see truly how many people around this country and globe are suffering. Your need to tweet about your Starbucks cravings will seem nominal. Also, your need to constantly post about yourself shows that you could really care less about the rest of us. What’s a friendship if it’s not a two-way street?

College is a huge transition for all of us. We don’t realize how quickly we lose touch with old high school friends or even someone that we met a semester ago. It takes a lot of effort to uphold a friendship, but if it’s just one person sweating to make fun plans or send a cute care package, it’s just not worth it. Saying, “we should catch up sometime,” or “let me know when you’re free,” doesn’t mean anything unless you act on it. Make it a point to be friends with people who care as much about the relationship as you do.

Remember that friend who was in the musical, on the track team, and the president of student government? And remember how you went to all of her shows, meets, and school events, and how she never even came to one parade float building meeting? Or that time that her boyfriend broke up with her and you showed up with Ben and Jerry’s ice cream and a box of Kleenex, and you barely got the time of day when you found out that your friends went out without you? Surround yourself with people who make you better and show you that they care, not someone who makes you feel like a therapist or life coach.

While it hurts to cut people out of our lives that we once used to hold close to our hearts, it’s important to surround ourselves with people that bring out the best in us.

Whether it’s finally clicking the “unfollow,” button or just sitting down with someone you care about and telling them that it’s just not working out, this next year should be about us being happy with the people we’re with and the life that we’re living. Even if it takes losing a few people in your life that drag you down, that lifted weight will make you feel better instantly, without hitting the gym a few extra times.