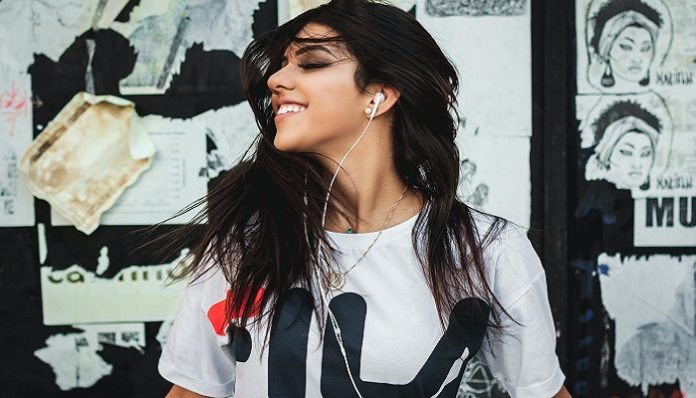 YouTube has drastically transformed the way we use the Internet, and your GPA has probably taken a hard hit from it too. You can watch corgi puppies jump into water, adorable tiny humans singing their heart out on the Ellen DeGeneres show, or trampoline accidents that make you cringe all with a simple tap of your finger.

There have been numerous people that are “YouTube famous,” and have launched their careers by videos that have gone viral including Jenna Marbles, Justin Bieber, and dare I say…Rebecca Black? Regardless of what you think of them, YouTube is the place to get discovered. It’s a place for young and fresh talent to show their raw skills without the use of fancy equipment or auto-tune.

For those of you who are looking to change up your soundtrack for the summer or want to hear a little twist on a favorite hit, here are five fantastic artists that you can discover through YouTube, SoundCloud and Facebook music group pages.

If you are a fan of The Downtown Fiction, Walk the Moon, or Twenty One Pilots, you are sure to love Summer Camp.  The Nashville group focuses in on a pop-punk sound, bringing in the classic electric sounds that have shaken generations who loved groups like Blink 182, and Green Day.

Their EP, Maybe She’ll be Young and Pretty Forever, was released in December 2014, receiving a feature with Belmont Visions as well as high ratings on their Midwest tour. The rapidly growing punk scene across the Midwest has brought new opportunities for Summer Camp, so check out their EP and show dates for the latest!

The soulful Hannah Elizabeth has brought a completely new era of soulful pop to the table, from her YouTube covers of Karmin and T-Swift to her own songs tying into personal experiences. Although her music stems from influences such as Sara Bareilles and Christina Perri, Hannah produces a sound unique to any other. Like any storyteller, her music is greatly influenced by personal endeavors, which radiates in her sound and emotion behind each lyric. Her debut single “Wild We’ll Run” was released on soundcloud.com/hannahEmusic last Monday, so watch for great things in the future from this ArtistRefinery sensation!

Favorite Song/Cover: Rather Be (Clean Bandit)

Up and coming band Corporate Color has thus far honed in on an alternative sound and Youtube covers, including a collaboration with YouTube sensation Molly Kate Kestner. Check out this clip from a live show they did in Minneapolis in January! Pretty awesome sound, right?

The band, which just started up last year,  features the stylings of an extremely talented trio: Luke Hundeby, Johnny Q, and Matt (Goose) Gusmer, all students at North Central University in Minnesota. Be on the lookout for more music coming from Corporate Color this summer!

Indianapolis sister duo Lily and Madeleine have a soulful, harmonic tone that can cut through the noise of everyday life, much like “2 a.m.” singer Anna Nalick. While Lily focuses on alto, Madeleine leans more soprano, bringing a unique collaboration of tones to their growing music base.

One of the first goals of this duo was to release an album each year for the first three years of their music venture. In 2013, they released their first EP, The Weight of the Globe, and they began their US tour, visiting theaters, clubs, and venues from Wisconsin to California. In 2014, Fumes was released as a transition into bigger and better things for their music careers. So far, they are on track to reach their goal! Check back in to their website, iTunes, and Facebook page to keep tabs on their next album and US shows! At ages 17 and 19, this altruistic duo will definitely be going big in the music industry in the future.

From influences like Colbie Caillat and Norah Jones,  Leslie Powell’s success can be greatly attributed to her unique sound bursting from a soft tone of voice.

Carrying her Austin, Texas, roots with her, Powell made the move to Nashville in 2014 to pursue her music dreams. Releasing her first album, The Beginning of It All the same year, she branched out with her sound and added country inspiration to some of her music, covering the soulful lyrics found in songs like “She’s Gone” and “I Want To Grow Old With You.”

Like “Every Little Girl’s Dream,” Powell is tackling her dream of making music with flying colors. Check out her Facebook page to watch some of her latest Fireside Song Series videos and keep up with her show dates. (Next one is June 12th at the Silver Dollar Saloon in Nashville for the 2015 CMA Fest!) Big things are ahead for this incredible artist!

With a changing culture in the age of digital transitions comes the opportunity for new talent to make their names known. It’s as easy as making connections or clicking on a link. With YouTube, Spotify, SoundCloud, BandCamp, and various social media sites, the possibility of finding your new favorite music artist skyrockets. Pretty cool, right?

Be sure to check out the fabulous five on my summer soundtrack, and let us know some of your favorite names breaking their way into the music business!