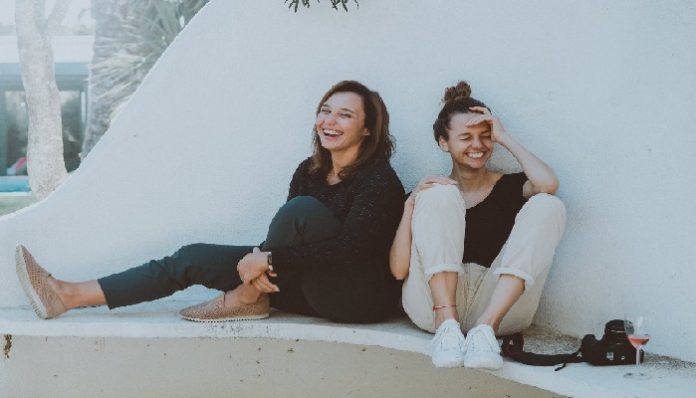 Do we really care about what other women think of us?

I read this question and then found myself reading it several more times over unsure of how to answer it. As I thought through it, there were clear examples I could think of that the answer was yes, but at the same time there were also ones that went towards a clear answer of “no”.

The only true answer I have is that I honestly don’t know.

If a beautiful man and a beautiful woman were standing in front of me, as a heterosexual female, I would care more what the man thinks than I would what the woman thinks. However, I would also immediately place myself outside of the group, and think how beautiful of a couple they would make. Which would then follow by a comparison between myself and the other women that would end up making me feel pretty horrible about myself.

On the other hand, if a man and a woman are standing in front of me, and I received a compliment from the man, I would feel flattered. However, if I received a compliment from the woman I would be more likely to be drawn towards a conservation and really take in the thought behind her words. Thus resulting in a much more detailed understanding of her compliment. Would this make her comment more meaningful to me? Not necessarily, but it definitely means I would care about what she had to say.

In the end, all I can say is that what the women around me have to say does play a role in how I see myself. I can also honestly admit that at many of the lower points in my life, I had more women in my life who made me feel negatively towards myself. Now, with less of these people surrounding me on a daily basis, I feel significantly better.

The more I write about this question, the more I’ve come to realize that the answer itself isn’t what matters. What matters is the thought process we have when we read it. It makes us think about whether we are treating the women in our lives in a way that we would like to be treated in return. It also makes us consider the kind of people we choose to surround ourselves with on a daily basis.

The world is filled with enough hatred and negativity, we don’t need to be receiving more of it from some of the very people we rely on the most. As women, it’s time we realized that a consequence of our growing power is an increased ability to cause pain and fear. We know what it’s like to be on the receiving end of this, and so it’s time we use our power to send a very different message; a positive message.

To all the women out there who think it’s their job to bring down the confidence of other women just because they feel threatened or don’t understand their choices, reconsider your choices. Everyone has their reasons, their own story and their own battle, it’s not our place to judge. As my mom always told me growing up, “if you don’t have anything nice to say, don’t say anything at all.”

Ask yourself if what other women think really matters, go on and pose it to others around you as well. Does it make you question your behavior or the behavior of someone around you? If so, consider the effects that they have had on your life. Someday I want to confidently answer this question, and I hope then I can say: Yes, I care what other women think because their honesty and support matters to me and if they tell me something, I know I can rely on it and benefit from it.