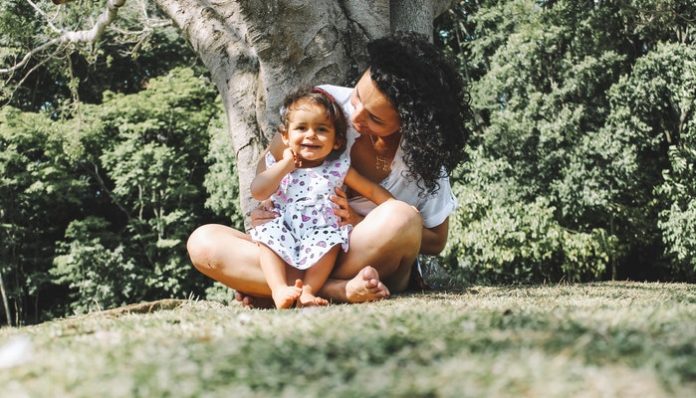 Although it was nearly a decade ago, I remember the day you were born like it was yesterday. In fact, I remember so much about your first years of life that it’s shocking. I remember your first words, the face you made when you tried mashed potatoes on your first Thanksgiving, and your first steps. You were such an amazing baby, and so easy.

However, because I remember so much about your early years of life, I also remember all the ways I failed you. In fact, I have a confession to make: I messed up a lot with you. Your younger sibling got the best side of me, and for that, I’m really sorry.

When you were born, I had no idea how time-consuming parenting would be, nor did I know how much my career would interfere with our time together. I (falsely) assumed that I would easily separate myself from work when I was with you, and focus solely on work when I was at work. However, that’s not what happened, and I spent much of the first two years of your life in this sort of constant state of chaos as I tried to juggle a highly demanding full-time job and be the best possible parent to you.

Although I took maternity leave so I could spend the first three months of your life at home with you, I still had to run back and forth to my classroom to obtain paperwork, submit grades, and complete end-of-year procedures. Then, once I returned to work, you sometimes spent more time with the daycare team than you did in my arms, especially because of my lengthy commute and after-hours responsibilities. By the time I did get home to you, I was often a tired, frazzled hot mess mom, and not at all the parent you deserved.

While I’d love to blame it all on the job, though, that’s not the only culprit here. As my firstborn, you were my “experiment” and “learning curve,” for lack of a better term. Besides my limited experiences with babysitting, I knew virtually nothing about parenting when you were born. This meant I made many, many mistakes, especially in your early years. I didn’t know what you needed, and I often guessed somewhat incorrectly. I often felt like nothing I did was good enough, and that belief caused me to often give up without even trying. And, for that, I’m truly sorry.

You were naturally an independent child from the very start, and I often took advantage of that. I left you to sit and play while I tended to household duties, and I let you freely explore the house to your heart’s content. While I do think that you are a fiercely independent person at this point, I do feel like there are times that my lack of bonding in those early years may have left us a bit more disconnected than I would like.

Even now, I find days when we spend more time in separate parts of the house than we spend together. While you seem perfectly content to read and sketch beautiful artwork in your room, I can’t help but wonder if you only do this because I didn’t keep you closer to me when you were a baby and a toddler. Your younger sibling spends much of her day following me around, talking to me, and cuddling. I think that’s because, well, we didn’t do this nearly as much when you were younger.

Last, but certainly not least, your younger sibling got the best of me because I wasn’t carrying around another human during their toddler years like I was with you. Since you and your younger sibling are just 22 months apart, it’s obvious I became pregnant with them just after your first birthday.

Unfortunately, this meant that I spent much of your second year of life exhausted, dealing with pregnancy symptoms, and appointments. I’d come home from work, try my best to keep you entertained, and doze off on the couch until dinnertime. I’d fall asleep reading your bedtime stories, and spend the mornings running back and forth between you and the bathroom as I battled morning sickness.

Once your younger sibling was born, your dad took over lots of duties with you while I provided care for the baby in the form of breastfeeding and lots of snuggles. While part of this was due to the fact that your younger sibling was naturally a more “difficult” and “needy” baby, I also felt like I needed to give them my attention — which meant I wasn’t giving attention to you.

If I could go back in time, I’d do so much differently. I’d give you more of my attention, I’d prioritize work less, and I’d find ways to split my time better between you and your younger sibling.

But you know what I wouldn’t do differently at all? Having you. You may not be little anymore, but you’ll always be my firstborn, my precious baby, and the one who made me a mom. I love you so much, and I hope that, when you’re old enough, you’ll see that I was just doing the best I knew how and that I wanted to give you the world from Day One. Your younger sibling may have gotten a better version of me, but that’s only because of all the things I learned from raising you — and you’re one of the most incredible people I’ve ever met.

Photo by Bruna Saito from Pexels

Regretting A Life Decision? You’re Allowed To Change Your Mind