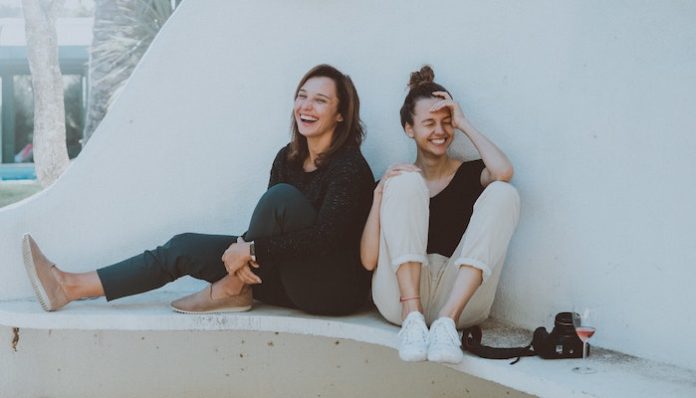 Girls are notorious for giving the best advice – but never taking it for themselves. Our best friends are our best friends simply because we can tell them anything and everything and we know that their response will be in our best interest.

Usually though, we don’t want to hear what they actually have to say when they tell us how terrible the guy is that you have been hooking up with. I mean isn’t he my prince charming even though he doesn’t even text me back?!

We all have that friend that is in the same situation as you – both of you are hooking up with guys that treat you terribly but neither of you want to admit it. So we just tell each other the mistake we are making but don’t take our own advice.

The classic line from everyone, whether it be friends or family. Everyone wants the best for you, but when you’re crazy about someone, you often see past their flaws. You know you deserve better, but does better even exist anymore? It’s easy to think that Mr. Right is out there for your friend, but believing he’s out there for YOU is harder to accept.

“If he really wanted to talk to you, he would text you first”

Every girl loves to play texting games – waiting two hours to reply because he took one hour? Sounds about right. But when it comes to having feelings for a boy that you have been hooking up with, you want to talk to him. You start to wonder if he’ll ever text you first…

“No boy should make you cry”

Right, they shouldn’t. But the inevitable thing is that most of them do make girls cry at one point or another. When you really like someone you’re going to have ups and downs, and you’ve accepted that maybe your hook-up just… has more downs than ups. Plus, most likely the friend that is telling you this advice have probably cried within the last week because of her hook-up that won’t reply to her text.

Today’s hook-up culture can be confusing, frustrating, and sometimes even fun. With the changing times come adaptations that have to be made. Friends can’t dish out the same advice that they used to and hope that their friends listen. Especially when you won’t even take your own advice.

Every girl deserves more than a hook-up. They deserve someone who will text them back at all hours of the day. They need someone who won’t make them need to vent to their friends about how terribly he is treating her but how she can’t stop going back. Wait for someone who makes you feel worth it, because you are.