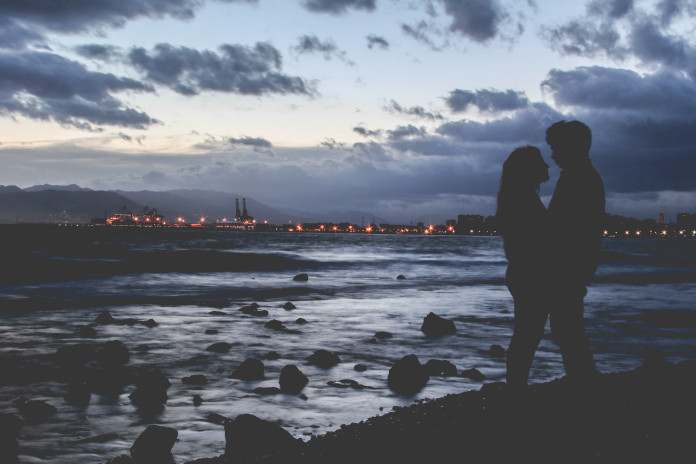 So I am the guy that hurt you and broke your heart.  Now, cry it all out and get over it, because the world is still spinning and you are still breathing. Things were said – mostly a lot of creative cuss words – and none that we can take back, so stop wishing you could. This isn’t a Disney movie with a genie waiting to grant your wishes.

Truth of the matter is I don’t need you nor did I care about being your perfect guy.

In fact, I’ve never needed you; I wanted you and then didn’t want you. You piqued my curiosity and refocused my sexual desire when I first met you. We talked for hours at that house party on the rooftop, just you and me. Time stood still in that moment and forever on that rooftop with you didn’t seem long enough.

And then we had sex, which was great and it seemed like a natural progression given how that night went between us.

I’m not sure if it was the sex or the view from the rooftop – there is no good view from a rooftop in Kansas, so I’m going with the sex – but a week later, after my initial opposition, we were dating.

As the saying goes, “too much of a good thing is bad for you.” DAMN RIGHT IT IS. The sex was consistently great; you being the DD most weekends was even better; and you helping me cook and clean were, surprisingly, an awesome advantage. But this routine, though seemingly great, eventually became an annoying burden. It became an expectation with you and no longer fun. I felt like I was living at home all over again with the constant supervision, preferred curfew, mother-esque questions and mandatory calls/texts that I had to make to “check in” with you.

Yeah, you served a purpose and it worked for a while. But this is college, not a marriage. I wasn’t trying to be Mr. Right for you. I was having fun in the moment and once enjoyed your company and liked the continuous naked rendezvous. Sue me for hanging on to that, but what did you honestly think was going to happen? Marriage? That’s the problem, girls constantly complicate a simple thing.

Don’t blame yourself entirely. I mean if I ate my favorite cream cheese pizza every day I would get sick of that too. But then again my pizza wouldn’t harp on me for never buying it flowers or not taking it to dinner enough. So maybe it is entirely your fault that I grew out of you as quickly as I did. At least now you know what the problem was and that’s better than no closure, right?

I know it’s tough for women to have a great conversation along with intimacy with someone without being in a relationship– but it would’ve saved you from heartache if you didn’t complicate the simplicity of lust over love.

Everything was essentially perfect until you decided that it would be a great idea if we labeled our relationship on Facebook by telling the world that we were dating – which makes me wonder how women use to let people know they were dating before Facebook? Shouting? Sending a telegram? Actually having a conversation with someone over the phone? I’ll never know.

All I know is when Facebook notified everyone that our relationship was “exclusive” and “real”,  that’s when the problems presented themselves.

Here’s a super simplified list of the problems that ensued shortly thereafter:

Life isn’t a fairy tale and there is no prince charming waiting for you. Reality check. Life is more about being comfortable with yourself and not depending so much on others. And feeling content with the choices you make and learning from them — the good and the bad. Everyone goes through heartache and bad times, but quit blaming me for not being what you wanted. You made that decision. This is life and nothing is guaranteed to you, especially not the right guy.