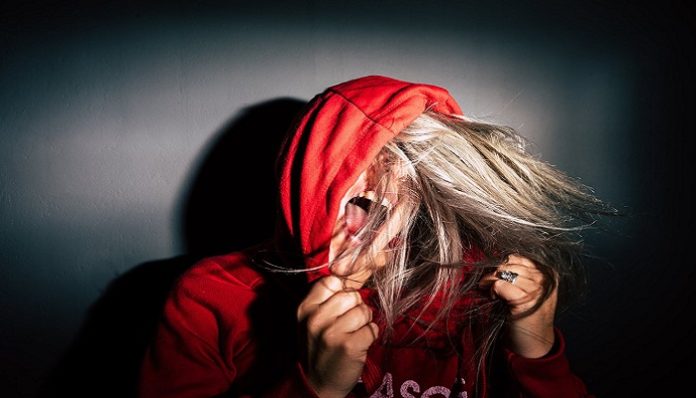 Many things about girls piss me off. Like how we often settle for guys who make us feel like CRAP simply because we want to feel desired. Or, how we send our pictures through four different photo editing apps and 20 filters before actually posting it on Instagram. And, why the hell are guys always expected to make the first move? The list could go on and on. But, since being in college, I’ve realized the one thing that girls do that pisses me off like no other.

You’re hooking up or dating a guy for a period of time. You text, maybe only on the weekends, but you still text. Even if the romantic aspect to the relationship isn’t necessarily there, some type of attraction bonds the two of you together. Whether it’s physical, sexual or emotional – something keeps you coming back for more.

Then, someday, for whatever reason, things just don’t work anymore. Maybe the sex sucked. Maybe you were too clingy for him. Or, maybe he was just a flat out douchebag. The text conversations slowly come to an end and whatever relationship you had is gone. We react in one of two ways: either we move on, or we desperately hold for something that simply isn’t there anymore.

You see said guy at a party or a bar talking to another girl. They’re all over each other and you’re over in the corner using every strength you have in you to avoid staring. But you can’t help it. You’re jealous. You think to yourself, “I had him first.” Instead of insulting the guy, you insult the new girl he’s with. You whisper to your friends how hideous she is and point out every single flaw that she is. She’s a slut, she’s fat, she’s ugly, she’s fake, she’s obnoxious. Oh, and she looks horrible in a crop top. You’re just so much hotter than her.

Then, maybe this “bitch” and your ex-lover become more serious. You see them walking on campus together, or maybe you see them posing in pictures together and you wonder why you were never good enough for him. He may have only hit you up on the weekends, but you still wish he wanted you. Is it because you’re in love with him? Not necessarily.

You don’t even know her and you’ve already given her every label in the book, just because it gives you a temporary sense of satisfaction.

Then, after you see them walking on campus together, you use your resume-worthy FBI skills and find her on Facebook. They’re tagged in pictures together. You say to your friends, “Oh my god. They’re so awkward looking together.” “I hope she knows he’s only using her for sex.” “He’s a dick and she’ll realize it soon.” “Guys, look at this dress she’s wearing in this pic, you can totally see her love handles. She looks like a fat cow.” You then pick the least attractive picture of her and broadcast it to your friends. They all say, “Yeah, you’re so much prettier than her, she’s gross.”

Does this scenario sound familiar to anyone? Ripping an innocent girl apart simply out of your own resentment and jealousy? The guy treated you like absolute shit, but we insult the new girl to no end. Simply because you lost. He doesn’t want you anymore. He doesn’t text you anymore. He’s “just not that into you” anymore. And it absolutely sucks.

It takes so much energy to bully someone. You waste so much time creeping on her Facebook pictures, comparing her to some ugly cow, while in the meantime, he’s still just not that into you. He still wants her. Not you.

I know this post sounds harsh. And I’m guilty of doing this too. However, as a girl who’s been on the other end of this scenario too, it sucks. We hear what you say about us. And it hurts. It’s not mine or any other girl’s fault that your relationship didn’t work out, so stop trying to ruin mine.

We’ve all fell victim to guys who treat us like shit. We’ve all held onto something even if it only leads to drunk hookups on the weekends. We’ve all developed feelings for a guy that doesn’t necessarily want the same things. We’re on the same team, ladies. Ripping her apart won’t do anything for you besides cause you to hold onto a relationship that simply wasn’t meant to be. Don’t compare yourself to her. You’re wasting your energy.

I’m not trying to sound like a 4th grade teacher when I say, “Let’s all be nice to each other and not call each other names.” That’s not necessarily my point. It’s hard because when we behave this way, it’s often unconscious. We hate the new girl, but she’s all we want to talk about. Ripping her apart is so satisfying in some sick and twisted way. We don’t even realize what we are doing until we take a step back and look at it from a different perspective. Like I said before, we’re all in the same boat ladies. We all want to find the guy who is a perfect mixture of sweet, smart, sensitive, and sexy.

While you’re wasting your time trying to ruin her fairytale, you may be missing out on writing your own.

Why We Should Value Self-Care Instead Of Glorifying Busy Lifestyles