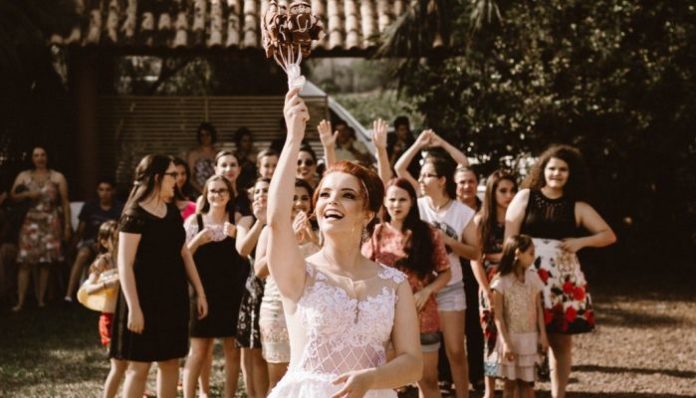 Right now we are in the midst of wedding season. It’s wedding madness! From every bridezilla to every anxious groom, there will be a lot going on for these couples getting married.

Most people end up being okay and making proper choices, but some people make some really awful decisions while planning their wedding. I mean decisions that can end friendships for good, cause family drama, and maybe even worse. Sometimes people become so consumed with their wedding that they forget to avoid making some mistakes that cause a lot of hurt and disrespect to the people around them.

To help you understand what I mean, here are five tacky things to avoid when planning your wedding:

1. Inconsistency with your plus one rule

Have you ever not been given a plus one because you don’t have a significant other, so the couple just assumes you won’t have anyone to bring? Or, have you not been given that plus one because your significant other isn’t well-liked? It is really horrible to feel this way and to have to attend a wedding alone. No one wants to be around all of the lovey dovey couples while having to be by themselves. Don’t do this because it is a really crappy thing to do to someone. If you are going to give others a plus one, then you have to give everyone one.

2. Inviting someone to your wedding shower, but not the actual wedding

Ladies, raise your hand if this has ever happened to you, because same. I could not imagine ever inviting someone to my wedding shower, receiving a gift from them, and then not even thinking to invite them to the actual wedding. I mean, I guess it is one way to look like a greedy, selfish bridezilla, if that’s the look you are going for. This is just in such poor taste, honestly.

3. Forgetting to be thankful for your guests

We get it, it’s your wedding and we are excited for you, but don’t ever expect that people didn’t go out of their way to be there for you on your special day. One of the worst things you can do is forget to thank people for attending. All it takes is a few seconds to announce how thankful you are for people attending, and make one round around the entire floor to greet everyone who came. Don’t ever think you are above this, that’s just tacky.

4. You don’t invite a whole family together

Okay, this one has happened to me more than once, so I honestly understand the frustration and even devastation that this can bring. It isn’t necessary for the couple to invite an entire family. If the couple only knows the parents well, then it is totally fine to just invite the parents and not the kids. However, if you are inviting the parents, and maybe only two of the three kids that they have, that’s a little different. Or, if you invite just one of the parents and not their spouse, that is also just plain awful. Don’t be this person because these people really suck.

5. Putting the people that you felt like you HAD to invite all at one table

Don’t be silly, we know who we are and we know what you are doing to us. I have also been in this situation too. I was literally seated with the wedding photographers. No one wants to be table nine, and we are seriously on to your plans.

Overall, we get that it is your day to celebrate the love, the union, and beginning of your lives together, but it is really tacky to let your selfishness get in the way of these five things. No matter what, the people in your life want you to be happy, so why treat them so poorly in response to that? Put yourself and your wedding on hold for a little bit to ensure that you aren’t doing these five things that are honestly so inappropriate and disrespectful.

Feature image via on Allef Vinicius on Unsplash.