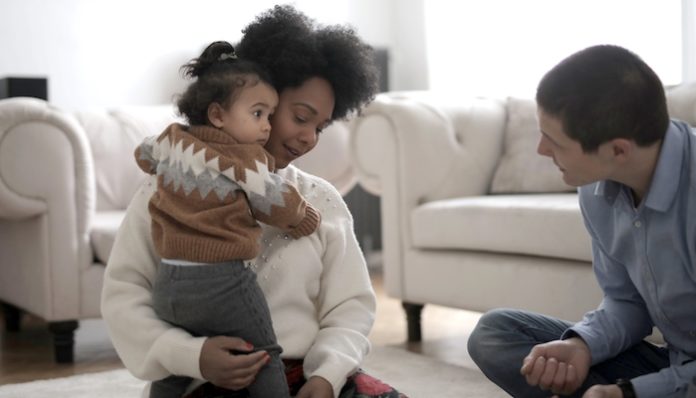 I first learned I was donor-conceived when I was 18 years old in the car on the way to my move-in day during the first semester as a college student. My mother blurted out, “Your dad’s not your biological dad.” At first, I responded with silence. Thoughts started rushing through my head. Did she cheat? Was I adopted? After a long pause, she explained that she used a sperm donor because my dad had a low sperm count. To my surprise, I burst into tears with a wide range of emotions and confusion. I didn’t know how to feel, nor did I even really know why I was crying. My emotions were all over the place.

I called my brother to talk about it with him. He told me that he had accidentally discovered the truth a few years earlier, but my mother had intended to take the secret to the grave. She made him promise to never tell me. He pushed back, acknowledging that I deserved to know and even told her that if she didn’t tell me, then he would.

After a few years of my brother threatening my mom, she finally had no choice but to tell me. She never wanted me to know my biological origins or medical history. She planned on lying to me until one day, I would decide to take an AncestryDNA and find out for myself.

At first, I didn’t care very much. A nice man wanted to help many families have children. And my parents wanted to be able to have their own family. I appreciated my parents for raising me and the man who helped to give me life, so I didn’t think much deeper about it until several months later.

Then, I started to ponder more over the idea that I have an entire paternal side out there, and possibly hundreds of siblings who share a story similar to me. Perhaps, some of them could be in my life already and we just don’t know we are siblings. So I decided to delve into learning about my conception and who I am.

My feelings drastically changed after I learned the dirty details about sperm clinics such as pay, anonymity, sperm donors refusing contact, no cap on births, offsprings not receiving medical records, and other ways the industry lacks in terms of regulation and justice for DC (Donor Conceived) people.

My heart breaks for my friends and other fellow DC people who reached out to their sperm sellers and got no response. I’ve seen DC people shed endless tears and witness the heartbreak that comes from rejection is disheartening. To clarify, I use the term “sperm seller” because, in my opinion, the term “sperm donor” does not correctly portray the American industry.

Sperm donors are not donors. They are paid and therefore they are sellers. They commodify their children by selling sperm to a clinic that mass produces children like a product. And they conceive children in exchange for profit. The children born as a result of that are then denied any knowledge of their paternal side. They don’t get any information about their siblings, and oftentimes they don’t receive their medical information — which, especially in an era where bodily autonomy is important, is extremely unacceptable.

Why is it that a father who accidentally conceives a child and isn’t in the child’s life is considered a deadbeat, but if someone intentionally creates a child and ignores them, that is considered acceptable? Shouldn’t the latter be considered even more immoral than deadbeat dads since they are profiting off of their children?

To be clear, I don’t expect my sperm seller to be a father figure. I do, however,  expect him to care that I am his daughter carrying half of his DNA. I expect him to welcome contact, updates, letters and/or phone calls and meetings.

Craving a connection with my biological relatives is a completely normal human desire. It doesn’t change my relationship with the dad who raised me.

I relate to adoptees who wonder about their biological parents and why they were placed for adoption. Also, I want to know what he spent his money on when he profited off of me. I wonder what my father was thinking in the midst of making his “donations.” Did he think about who I’d become, and if I’d want to know him? Did he wonder if I’d end up in a happy and safe family? Or was he just simply masturbating to a Playboy Magazine, knowing he would get the check, and where I ended up or who I became didn’t matter?

I haven’t found my father, but I have found 40 siblings so far thanks to DNA testing. They are all welcoming, we keep in contact, and visit each other. We’ve all put whatever we know about our father together and combined our skills and teamwork to try and find him. We’ve messaged potential donors and some potential relatives, but we’ve only been ignored.

Some may respond with “well, aren’t you happy to be alive?” or “don’t you love your family?” And to that, I say: Yes, I love my family and I am absolutely ecstatic to be alive. However, I’m also human. And mixed emotions are completely normal.

While I am a joyful, grateful person, I get to feel upset about sperm sellers who refuse contact and the injustice of this industry. Sperm donation should be that — a donation with no pay and anonymity needs to be banned. The sperm donation industry needs to be reformed as soon as possible before thousands of more people experience trauma from their conception.