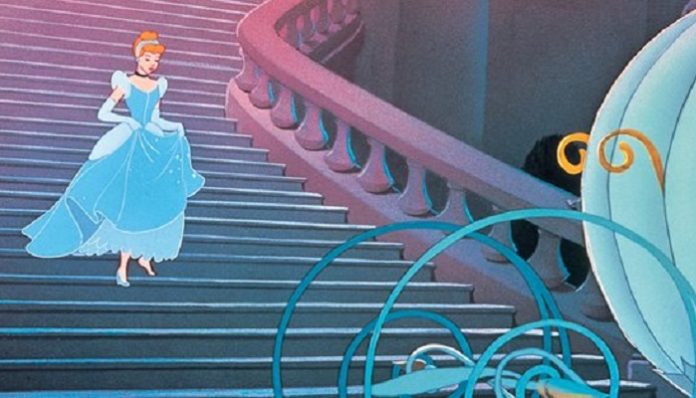 Over the decades, there have been countless Cinderella adaptations, ranging from meh to truly iconic. So with the recent release of Amazon’s Cinderella, I decided to embark on a journey of ranking the most popular versions of the classic fairy tale. Here are the top nine, ranked from worst to best.

Led by pop star Camila Cabello, this version was all over the place.

There were some great moments, like any time Billy Porter and Idina Menzel were on the screen. However, this jukebox musical gets last place because it came off as too try-hard.

In this version, Cinderella is a dress-maker who wants to open up her own shop. A lot of the marketing said this was the first feminist Cinderella. But as you’ll see in this list, she has been a strong woman for a long time.

Also, I can’t forgive this movie for thinking “Am I Wrong” was a good number for a movie musical.

In this adaptation, Mary is an aspiring dancer who falls in love with a pop star, Joey, and they bond over their love for dance.

While it’s not a bad movie, it ranks so low because when it was filmed, Selena Gomez was 16, and Drew Seely was 26. That age gap is too creepy for me to get over.

This version is a fun watch, and the ball gown is one of the most beautiful out of any adaptation. But I ranked it lower than the rest because it doesn’t offer any new or interesting aspects to the story.

This musical recently premiered in London’s West End, so it isn’t available to watch online. But the cast recording is out, so I’m making my judgments based on that.

In my opinion, this version is unique! In this one, Cinderella is a social pariah, and instead of Prince Charming, we have Prince Sebastian, Charming’s awkward younger brother.

This musical relies heavily on good music and Carrie Hope Fletcher’s and Ivano Turco’s likeability. If you take that away, it boils down to an “everything would be solved in two seconds if only they just talked” kind of conflict.

But I love the performances and the music so much that it felt wrong to put it any lower.

This movie is a more period-accurate portrayal of the story. Our heroine is Danielle de Barbarac, played by Drew Barrymore. She pretends to be a courtier to help one of her fellow servants, accidentally catching the attention of Prince Henry.

I’m not usually a historical fiction fan, so I went into this movie expecting to be bored. However, I had a blast watching it! Danielle is a strong female character without trying too hard to be one.

Also, I loved that this movie highlighted the class difference between Danielle and Henry. She even inspires him to make policy changes with the peasant class in mind.

My only gripe with this movie is that it suffers from Every-European-Has-a-British-Accent Syndrome.

I grew up with Selena Gomez’s Another Cinderella Story and only watched this one for the first time for this article. However, I liked this one way more, even without any nostalgia attached to it!

Hilary Duff is so charming as Sam. I also liked that Sam and Austin had time to make a connection by chatting anonymously online in this version. It made their love story seem more believable.

Also, whoever cast Jennifer Coolidge as the stepmother was a genius. She killed it.

I was afraid this nostalgic childhood movie wouldn’t hold up upon rewatch, but it did!

In this version, Ella’s godmother “gifts” her with a spell that has her obey every command, which adds an exciting layer to the story. Because of it, she has to venture across the land to lift the spell, where she runs into Prince Char, who is trying to avenge his father’s death.

The early-2000s vibes are strong without it seeming too dated. It’s a fun adventure movie and a cute rom-com.

You’ve got to love a classic! This is the adaptation that started it all. Even 70 years later, the songs are still great, and the imagery is still iconic.

You simply can’t beat Whitney Houston as the fairy godmother.

This 90s TV movie adaptation of the classic Broadway musical stars pop star Brandy in the titular role. She might not have seemed like the obvious choice, but her sweet voice works perfectly in this role. Bernadette Peters also crushes it as the stepmother.

This was one of the first movies to introduce race-blind casting. Seeing a Black princess on screen is and continues to be so impactful to so many people.

Also, the costumes are absolutely bonkers, which makes the movie fun to look at.
Which Cinderella is your favorite? Let us know in the comments!

5 Books That Will Make You Want To Read Again