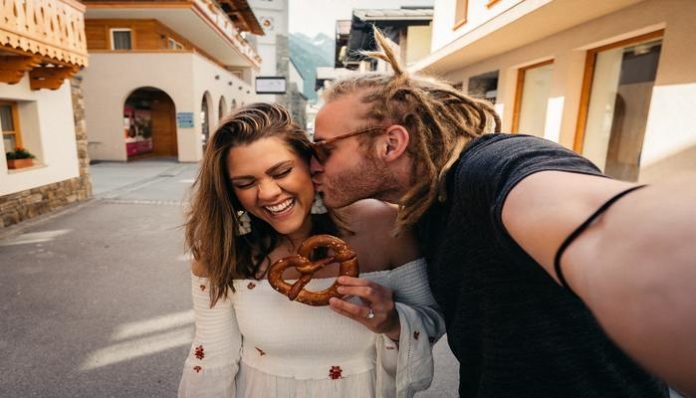 I’ve officially been with my boyfriend for the past three and a half years. We’ve been through our ups and downs, highs and lows, and plenty of successes and failures. Despite the times we’ve argued, we’ve always found a way to let go and sincerely apologize to each other within our relationship. When we say something we shouldn’t have, we’re still vulnerable enough to be as transparent as we need to be. When one of us has a bad day, we’d give each other enough time and space to cope.

My boyfriend is one of the most romantic guys I’ve ever been with. But that isn’t necessarily what has made our relationship strong. It’s the friendship we have formed over the years that has made our bond unbreakable. The respect we have for one another that stops us from crossing a line we wouldn’t be able to come back from. And it’s the experiences we’ve had together that have helped us understand each other’s unresolved trauma and insecurities. In our relationship, hope for a better future builds the foundation of our dreams and aspirations towards our very best selves.

Though we didn’t start as friends, the connection between us has allowed us to see each other beyond our physical appearance. The spark lets us communicate with understanding and the closeness we’ve formed reminds us that we are human beings at the end of the day.

It reminds us that there is a flawed human being behind every well-put exterior. Our friendship has inevitably protected our relationship from the downfalls others haven’t survived. It has taught us forgiveness during arguments, given us sanctuary of second chances when we have hurt one another, and presented us with a home of honesty to admit when we have done wrong.

What’s more, the friendship I’ve built with my boyfriend has made me see why my past relationships always failed. I didn’t see my exes for who they truly were — instead, I saw them as an idea of what I wanted them to be. I never got to know their genuine selves as I was too infatuated with the presence I’ve imagined. Essentially, I’ve fantasized about a future with someone I barely knew. I didn’t see them as my friends. That’s why I didn’t treat them with the respect they deserved. I expected too much without putting in the effort of making them feel loved too. That’s why I always seemed to rush to the next moment without appreciating the present one.

I used to believe love was full of candlelit dinners, bouquets of roses, and expensive gifts. That relationships had to be perfect to be considered long-lasting, as I used to see them as a crutch for all the things I didn’t like about myself.

If I found the guy who checked off all my boxes, we would live happily ever after, right? That’s what we all believe. But love is about enduring the hard times without abandoning each other. Love is having patience towards the other person’s differences. And love is entrusting another person with your heart, instinctively knowing they could break it but trusting they won’t. The friendship within my current relationship has made me experience the love I’ve never thought existed. It has turned the simplest moments into the sweetest of them all, the smallest gestures of kindness into the grandest displays of love, and the most unplanned seconds into the happiest times I’ve ever experienced with somebody I’ve ever loved.