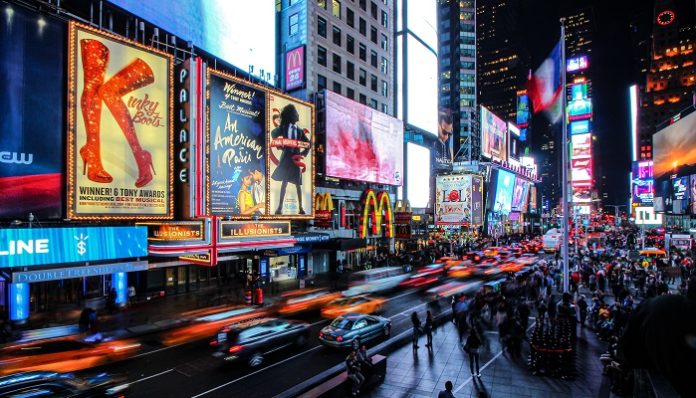 In case you missed it, 2021 is really shaping up to be the year of spectacular movie musicals. Some great ones are already out, but there are even more to come.

The movie adaptation of the hit Broadway musical In the Heights set the bar incredibly high for movie musicals to come. And while movie musicals are very hit-or-miss with audiences, I believe that the ones on this list are all a must-see!

Here are seven movie musicals to keep an eye out for in 2021.

Anything that features Ben Platt is immediately a must-watch. This Broadway musical made waves when it first premiered in 2016 and continues to have an enormous fanbase today.

The story centers around Evan, a teenage boy with extreme anxiety. When his classmate Connor takes his own life, a misunderstanding leads people to believe that the two of them were best friends. To make Connor’s family feel better, Evan carries on with the lie, taking it further and further until he’s the center of a movement.

The musical deals with some heavy topics, making it extremely impactful. And the songs, written by esteemed songwriting duo Pasek and Paul, really hit you right in the core.

Dear Evan Hansen is set to hit theaters on September 24.

Written by the late and great Rent-creator Jonathan Larson, this autobiographical musical is about an aspiring composer named Jonathan living in New York City.

It will be fascinating to see how this is adapted to the screen because the stage version only has three people in its cast. Nevertheless, I’m confident that the movie will do the original justice because Lin-Manuel Miranda, the mind behind Hamilton and In the Heights, directed it. Miranda has cited Larson as a big inspiration, and he once starred in a production of this musical.

There’s no official release date yet, but it will be on Netflix this fall.

West Side Story retells Romeo and Juliet, following forbidden lovers Tony and Maria, who associate with rival New York City gangs. Though the original 1961 film is incredible, it will benefit from an update.

It will also be exciting to see Rachel Zegler play Maria. At 16 years old, she was selected out of over 30,000 people based on her Twitter singing videos.

This movie is set to come out in theaters on December 10.

Based on the 2011 documentary Jamie: Drag Queen at 16, this movie’s about a teenager who just wants to be a drag queen and how he’s overcoming prejudice and bullying. With this and Netflix’s The Prom, it’s exciting to see more LGBTQ+ stories coming to the screen.

Everybody’s Talking About Jamie will be on Amazon Prime Video starting September 17.

Any movie where Jennifer Hudson gets to show off her vocal chops is a movie worth watching. Respect is all about legendary singer Aretha Franklin. Though not technically a musical, there will definitely be a lot of Aretha classics in this one!

The biopic hits theaters on August 13.

Disney’s finally releasing another musical this fall. Encanto is all about the magical Madrigal family, who live hidden in the mountains of Colombia. The story follows one non-magical member, 15-year-old Mirabel, as she tries to find her place in the family.

A whimsical fantasy and a musical? Count me in. It seems like 2021 is the year of Lin-Manuel Miranda because he wrote the songs for this movie.

Encanto will be in theaters on November 24.

The classic Cinderella story is getting yet another adaptation — this time with modern pop music at its core.

It features a star-studded cast. Pop sensation Camila Cabello plays the titular role, Idina Menzel will star as the stepmother, and Billy Porter will bring the genderless fairy godparent to life.

You can find this movie on Amazon Prime Video on September 3.

Which movie musical are you most excited to see? Let us know in the comments!