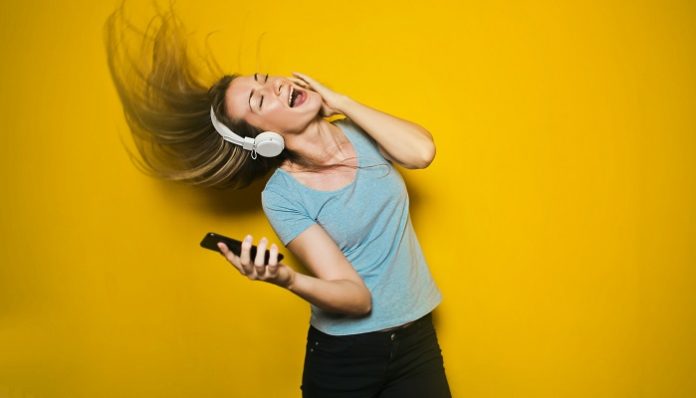 If you’re in your 20s, chances are you’re a part of the generation that watched Hannah Montana obsessively. You feel nostalgic about the glory days of Nickelodeon. You probably worshipped the Jonas Brothers too.

There are so many unforgettable hits from this era of Disney Channel and Nickelodeon. And after making a nostalgia playlist and delving back into many of these songs, I’ve found that there are a bunch that still hold up today!

Here are 14 of my favorites that you should definitely add to your throwback playlists.

Not only is this song a certified banger, but it’s also proven to hold up in 2021 because Aly & AJ recently re-released an explicit version!

Let me tell you: Hearing “I want my shit back” instead of “I want my stuff back” is cathartic.

This song is timeless. I was lucky enough to see the Jonas Brothers on their reunion tour. When they played this song, people (myself included) lost their minds.

This song is truly our generation’s “Man (I Feel Like a Woman).” I would 100% still listen to this while getting ready for a G.N.O.

4. “Take a Hint” by Elizabeth Gillies and Victoria Justice

After listening to this now, I’m shocked this song was made for a kid’s show. It has killer vocals and some truly savage lyrics.

5. “Cinderella” by The Cheetah Girls

There’s no way you can make a nostalgia playlist without The Cheetah Girls! There’s no such thing as too many girl power anthems!

This song has no business bopping as hard as it does. Also, we definitely should NOT have been listening to this as kids. So it makes more sense to listen to it now as adults.

The angst in this song is immaculate. And after the year we’ve had, I can definitely agree with just wanting to scream.

Time to prepare for BTR’s big comeback with some of the classics! This has always been one of their sweetest songs, and their quarantine acoustic version is great too.

Demi can nail any genre, but I would love to hear them come back to their pop/rock roots. The vocals are incredible, and that bridge is a religious experience.

10. “Give It Up” by Ariana Grande and Elizabeth Gillies

Ariana and Liz recently sang this at one of Ariana’s concerts, and it was iconic. The thousands of screaming fans prove how much this song still holds up today.

The movie Jump In! surprisingly had so many bangers, like Corbin Bleu’s “Push It to the Limit” and Jordan Pruitt’s “Jump to the Rhythm.”

However, I’m choosing this song because it’s incredibly motivational and Keke has such an underrated voice! This is definitely one to add to your workout playlist.

12. “Busted” from Phineas and Ferb

This is the best Phineas and Ferb song. You can fight me on this.

13. “So Close” by Jennette McCurdy

Jennette experienced a lot of trauma caused by her acting career and left it all behind (and now hosts a great podcast). However, she should get back into her singing career if she doesn’t have bad feelings about it.

You would never expect her to have such a great country voice, but she could rival many of today’s popular country artists if she wanted to!

Naomi Scott got her Disney princess moment in the Aladdin live-action, but Lemonade Mouth fans know that she has always had vocal chops!

Which nostalgic song will you be adding to your playlist? Let us know in the comments.

Why The Saying ‘Time Heals All Wounds’ Is Complete Bullsh*t