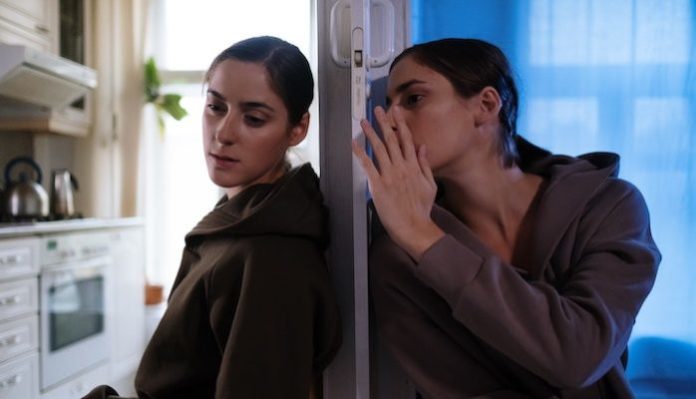 A couple of weeks ago during our recovery from the night before, a friend told me she made a big mistake with a guy. What was it, you ask? She told a guy that she loved skiing. Okay, so what’s the big deal here? She told a guy that she likes to ski, I don’t see the problem…the problem, actually, is that she 1. doesn’t know how to ski and 2. hates the outdoors when it’s cold and snowy. The even bigger problem was that he then suggested they take a ski trip together, and she was stuck in her lie.

But why in the hell do we girls lie to guys’ faces? Why do we feel the need to simply lie to have more in common with a guy? Is he really so attractive that we’re willing to do something we hate (like watching sports, skiing or drinking beer) for him? Why do we panic in the situation and make stuff up instead of just telling the truth? Allow me to explain the twisted logic going on in our heads.

First off, sometimes we just don’t want to seem dumb. It’s really that simple. Say you’re talking to a guy, and he asks you if you’ve ever seen the movie Fast Times at Ridgemont High. You think: Obviously, no I haven’t. But wait, is that a classic movie? Should I know it? Should I have seen it? Crap. But you say: “Yeah, I have.” And there you have it: your first step into a little white lie. It’s not that you necessarily had the intention of lying, but you didn’t want him to think you’re some uncultured girl who only watches How to Lose a Guy in 10 Days, Pretty in Pink and Clueless.

Other times, it’s to have more in common with a guy. So you’re out for the night, and you see that cute baseball player from your class at the bar. You decide to go up to him and strike up a conversation about how you’re a huge baseball fan and that you’re dying to see him play because he’s clearly the star player (he’s actually third-string but that’s beside the point). Meanwhile, the only baseball game you’ve ever gone to was an Orioles game where you were so hammered you didn’t even know there was a game going on (Shoutout to my Maryland girls who know what I’m talking about). But he’s obviously into baseball, and if you want to have a shot with him you’ve got to pretend to enjoy it because, honestly, you’re not quite sure if he has enough of a brain to talk about anything besides baseball.

And in some cases, you lie because you just really want to go home with him. You’ve been flirting with this guy all night long, and it’s getting to the point where you’re either going home with him or you’re getting pizza. He finally asks to take a shot with you, and you know a shot – combined with the lateness of the hour – means he’s wants to leave with you. You finally get the bartender’s attention, and he asks if tequila is okay. Ugh, are you kidding me? Do you want me to vom everywhere and be an uncontrollable drunk chick? But you’re already so close to leaving with him, so you lie and say tequila is your favorite. You almost puke it up right there in the bartender’s face, but like you predicted the minute you swallow it down he invites you to his place.

I take back what I said earlier. This really isn’t logical at all. But it’s what girls do, and who am I to argue with a process that actually works some of the time? Do I think this behavior is common? Yes. Ask any girl, and I’ll bet she agrees. Do I think this behavior is healthy? Hell no. Us girls are so messed up in the brain when it comes to guys. We’ll tell a lie, get caught in it, and not learn from the mistake. The next guy comes along and we do the same exact thing. So please, someone knock some sense into our twisted, messed up heads.