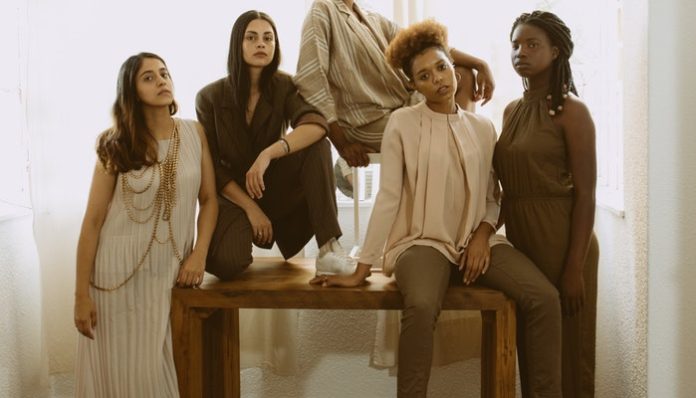 “Feminism” is not a dirty word. And contrary to what the naysayers want you to think, feminists aren’t always man-hating, rude, hairy-legged women (but even if they were, maybe, like, get over it).

In fact, many people don’t even realize that they’re feminists, so it’s time that we stop dragging feminists through the mud.

If you believe women are more than just objects, deserve to be treated equally to men, and can be capable, strong, powerful leaders, then, surprise – you may be a feminist!

Don’t believe me? Here are seven signs you may actually be a feminist.

1. You suffer from a serious case of “eye roll” every time that someone says something sexist.

“Why are you upset? Are you PMSing?” Major eye roll!

If I could roll my eyes any harder, they’d get stuck, hun.

When men can sleep with a million women, they’re “ladies’ men,” but if the roles are reversed, a woman who loves sex is a “whore?”

You realize that there’s something very wrong with gender double standards, and you’re ready to destroy them one hookup at a time.

3. Pay differences in every industry make your skin crawl.

Imagine Ariana Grande making less money than her male counterparts just because she has two X chromosomes? Does that thought sit well with you? Yeah, me neither.

And, while we’re at it, who needs Larry what’s-his-face as president of your company? You’d fill his role just as well as he does, if not better, and you’d damn sure look cuter doing so.

4. You don’t stray away from taboo conversations.

Let’s be real — women enjoy getting off just as much as men do. Yet, for some reason, it’s not okay for women to speak about sex and own their sexuality. A feminist takes this taboo and shoves it up the ass of every man that judges them for being a sexual being.

And men, most women bleed from their vaginas once per month, and without their reproductive systems, then none of us would be here. So get over it, thanks.

5. You don’t need marriage or a baby.

Believe it or not, women can be happy without getting married or having children.

We all remember the story of that 109-year-old Scottish woman swearing that the secret to a long life is eating porridge and avoiding men.

As for the porridge, I’d opt for something more like a glass of wine. But as for the whole avoiding men part…I’m all about that.

Women are strong powerful women entirely on their own, and not all of us need a man by our side and a baby on our hip to define us.

6. You support and empower other women.

Regina George who? If you’re a feminist, you definitely don’t take a page out of her book.

You support, empower, and uplift women every chance you get. Essentially, you go through life as if you’re living in a girl’s bathroom at a bar 25/8.

7. You know that all bodies are beautiful.

Here’s the secret to having the perfect beach body:

If you’re a feminist, you’re sick of the media telling you how your body should or shouldn’t look. You understand that the female body is art, and female bodies are beautiful no matter whether or not the rest of the world agrees with you.

If you embody these beliefs, you’re definitely a feminist, and you should own it! All feminism means is believing that men and women should be equal, and it’s not cute to think otherwise.

Photo by RF._.studio from Pexels