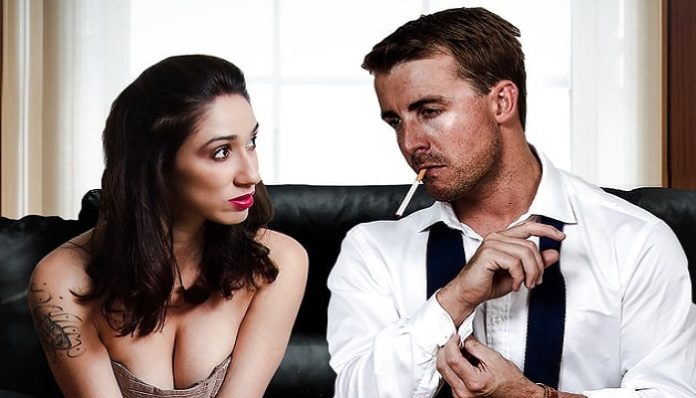 No matter what I did it never seemed to be enough for you. You might not have realized it, but the pattern became pretty clear early on; I was always taking care of you. You were so self absorbed in getting your own way and being the “leader” that you couldn’t see what I needed in a relationship. I don’t even think you cared to be honest.

I continually put you first and you never did the same in return. The only thing that mattered was weather you were happy or not, or what I could do to get you in a better mood. Bending over backwards, offering things I know you couldn’t refuse, bribing, and caving in just to keep you satisfied. It felt at times like I was solely supposed to take care of you.

No person should ever have to feel like they are a caretaker while in a relationship.

I’m was a partner, a friend, a lover, and a teammate. Becoming someone who would kiss your ass was never part of the plan. I’m not a fan and you are not a celebrity, so why did you expect me to make mountains of your successes and shower you with flattery? I’m not your mom either. My entire life is not dedicated to making you happy and making you feel successful.

You never noticed my sadness or sorrow, and if you did, you certainly didn’t show that you cared. Instead, if we tried to have an adult conversation about my feelings for once, you would manipulate me out of feeling that way. You completely disregarded my feelings and altered every discussion to become about you.

You made me feel guilty for telling you what I needed in a relationship or for feeling the way I did in those moments. No one should ever be made to feel guilty for the way they feel, yet you thought it was normal to switch the conversation to inflict guilt.

It’s not like  I ever complained to you about it either, simply because you clearly didn’t see how it was wrong. You’d see the tears welting in my eyes and you’d still keep going until I’d run to a private place and let it out; clearing my composure before I returned. I wanted to seem strong in front of you so you could stop talking down to me and hurting my feelings. You can’t argue with someone about something when they are blind to the other opinion.

Compassion was something you lacked while that’s what runs in my blood. I helped you in moments where you felt weak and defeated. You didn’t even once hold me while I cried or asked how my day was going, let alone plan a date when you knew I was down. Instead you’d throw wood on the fire and only make me more upset.

I never once urged you to change or tried to change you no matter how hard I wished you would in my mind. Yet all you did was try to change me and damage me beyond belief as if I would stay with you forever.

Why would I want to stay in a situation where I’m constantly being degraded, urged to be someone I’m not, and made to feel guilty and worthless? Why would anyone stay in that kind of relationship?

And when I finally put an end to it for the final time, what did you do? You played the victim.

Ultimately you were one of those people I wasted my time on. I wouldn’t say I regret ever having feelings for you because you were a lesson I couldn’t have learned on my own. Without you I wouldn’t have realized that sometimes there are horrible people who feel the need to use others, and I learned how to avoid those people and stick up for myself.

You may have had such high expectations for me and think I was able to offer you more than I was capable, but you could never see any faults in yourself. Maybe my expectations of you were unreasonable in the sense that you couldn’t be a decent human being. All I wanted was your time and for you to genuinely care for me. But you weren’t even capable of that. You should never have gotten my full effort when all you ever did was give me half assed love.

10 Moving Tips You Need To Know Before You Start Packing