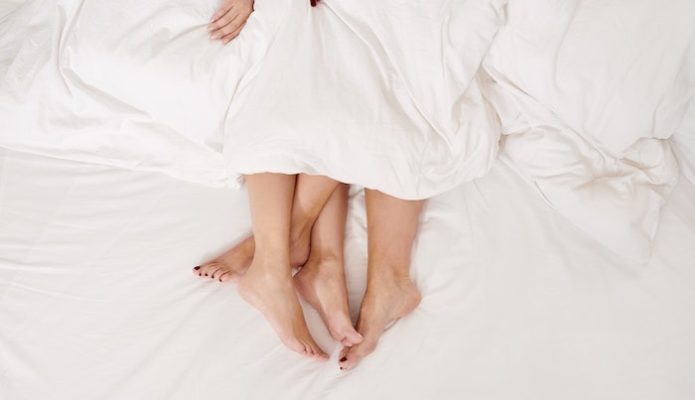 Just like most people, I’ve learned about sex the old-fashioned way — you know, the typical “the penis goes into the vagina” type of talk. However, I was fortunate to have a very detailed lesson from health center personnel who came to our school in seventh grade. We learned about different forms of birth control, abnormalities in terms of feelings, and a bit of trial and error stories from the people themselves.

In my opinion, that’s the best way to learn about sex: Word of mouth and trial and error. But most importantly, we should learn how ‘real’ sex works.

When it comes to talking about sex, I believe you should be as raw and gritty as possible — just not raw when actually participating in the act. These hard truths change our mindsets. Instead of letting us believe from a young age that it’s all rainbows and romance, we deserve to know the truth about the pain, emotions, and everything in between.

For young women or women who are just beginning to blossom sexually, the lack of realistic discussions surrounding sex is what leads to many misguided beliefs. They’re left with little guidance and toxic male stigmas as their only starting point. It’s challenging to figure out the right balance of what’s good, normal, bad, and questionable when we’re always fed misconstrued beliefs about sex.

So I want to change that by correcting the lies and misconceptions surrounding sex.

“You’re a prude if you don’t want to have sex.”

Apparently to some, not wanting to have sex is just as bad as having too much. But you know what? Screw those people. Personally, I always felt pressured to have sex with a guy when he wanted so I didn’t come off as a prude. But that’s not the right way to go about sex. Refraining from sex for any reason does not and will never make someone a bad person. Since our society claims you’re damned if you don’t, and damned if you do, you might as well do whatever you want. Don’t let a horny douchebag emotionally manipulate you just so he gets his own satisfaction.

“It’s normal for sex to hurt.”

Generally speaking, sex can hurt — there’s no denying that. Whether it’s lack of lubrication or the size of your partner’s penis it’s normal to have odd pains. However, if it hurts every single time, it’s not normal and you should seek medical attention. So many women endure painful sex to the point where they view it as a chore in their relationships. If you find yourself constantly in pain during sex, mention it to your doctor and seek further testing — it can be an indicator of a serious health issue. Don’t settle for a non-medical diagnosis of “it’s normal”.

“Your number is important.”

People are pigs when it comes to judging others. The belief that someone with over ten different sexual partners is a whore is ridiculous. I’d argue that they’re more experienced in the bedroom than some people with one or two sexual partners. No one should be slut-shaming anyone for their number, and if they do, it speaks volumes of their character, not yours. Your number does not define you, so don’t let it. And don’t feel pressured to share it unless you want to.

“You have to have at least one one-night stand in your lifetime.”

When some people hear that you never had a one-night stand can be a tad shocking, especially after college years. Your friends may recount their sexual experiences with fondness, especially surrounding one-night stands as they appear to be a rite of passage for a sexually active woman. But that’s not true. One-night stands are overrated and often cause more confusion than people lead you to believe. Did they give me an STD? What’s his name? What happens if I get pregnant? Emotionally speaking, it also makes a lot of women feel used and worthless. For many women, it’s important to feel valued after you’ve had a sexual connection with someone. So if you don’t get the hype of one-night stands or are sensitive, I don’t recommend having one. It’s just not worth the emotional toll.

“They can’t assault you if you’re dating.”

Let me say this loud and clear: If you do not want to have sex and you are being forced to, you are being assaulted. And it doesn’t matter if you are in a relationship or not. Non-consensual sex is non-consensual sex. A lot of women are guilted into having sex when they don’t want to and it can reach the point that they fail to recognize they’re continually being assaulted within their relationship. Sexual assault can happen at any time, and more often than not, the perpetrator feels entitled to unlimited access to their partner’s body. So remember that you have a right to say no and that decision should never be disrespected. Your body is your body, no one owns it but you.

It’s so easy to get fooled into thinking these misconceptions are real — especially since, as a society, we are scared to have these honest conversations. Everyone is different, that’s for sure. But when it comes to your sexual health and wellbeing, you need to be educated and empowered to know what’s right and what isn’t. For anyone struggling with this battle, I hope this article gave you guidance, and if you have any questions, please reach out. Talking about it will help make you more comfortable.