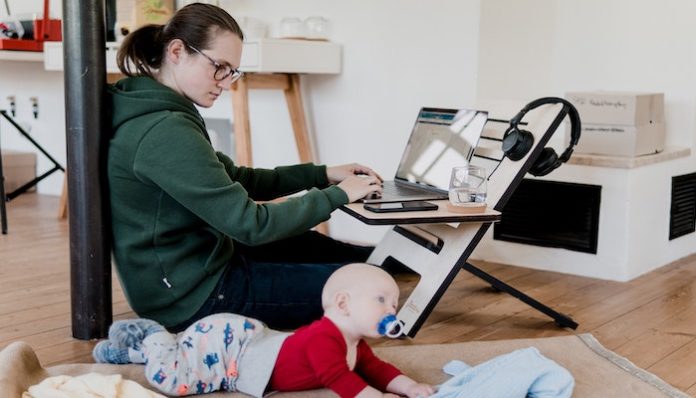 During high school, stereotypically “male” subjects like woodwork, aeronautics, and physics always drew my interest. Unfortunately, this meant I constantly found myself in a position where I was the only female in the classroom. That wasn’t so much of an issue since I was there to learn, but I did feel slightly intimidated by some of my male peers who deliberately harassed me. It made me wonder if that was the reason there were no other girls in these classes.

When I started looking for jobs, I applied at a pizza restaurant. However, they rejected my application because, “The boys here say a lot of stupid things that I don’t want you to hear.” The managers should teach the boys not to say such stupid things rather than refuse to hire girls, but instead they just let it happen.

I couldn’t believe I missed out on a job opportunity because the employer refused to change unacceptable behaviour and make the workplace less sexist.

I didn’t let this rejection shake me, though, and I headed off to college. After I finished my studies, I felt ready to take on the world. I studied hard and got good grades, so surely I could find a rewarding career, right?

After a year of searching, I finally received employment as a temporary ranger for my local government alongside a man. Again I found myself in a stereotypical “man’s job”, and I soon noticed that my supervisor favoured my male coworker. My coworker received new opportunities over me and became the first point of contact even though I also expressed interest.

When I asked my boss about this matter, he claimed I could not handle the tasks because they were “too serious” to handle.  Despite my concerns, my supervisor refused to split the work evenly and continued to rely on my male coworker even more. Eventually, my male coworker earned a permanent role while my supervisor left me behind.

Because finding work during the pandemic is difficult, I lowered my career expectations significantly. I currently work as a temporary construction labourer where I build fences and spray blackberries. Although the sexism in my previous workplace was discreet or covert, it is an entirely different ball game in the construction industry.

Don’t get me wrong: I am grateful for my job. But nothing in my life prepared me for the utter disrespect I face in my current position.

My boss told me, “I’ll do that because I’m stronger than you,” after I successfully sprayed blackberries with a large hose for an entire week. The men call me “princess”, or “the baby of the group” in a joking manner… but I know what they really think. One day my boss even said, “Yeah, I’ll let you do that even though you’re a girl,” after he showed me how to tie off a fence.

Everyone constantly interrupts me because they assume I am not capable even though I’ve succeeded at every task multiple times. If my coworkers and my boss would pay attention and take me more seriously, they would know that I always put 100% into all my work and don’t need a man to take over. But instead the senior manager simply tells my boss to exclude me from certain tasks just because I’m a woman.

As a female in a male dominated workplace, I regularly experience discrimination and disrespect. I feel angry and tired. I’m completely over it. It’s to the point that I feel as though I’ve lost faith in humanity. How is it possible to take so many steps backwards in such a forward thinking world? How do these issues persist even after they are identified? It’s such old fashioned, dinosaur thinking — and we all know what happened to the dinosaurs.

It’s time for women like me to speak up. It’s unacceptable to be treated this way. Women should not be forced to deal with this, or be told, “that’s just the way it is”. It is how it is because we let it. We need to let the world know that we are angry about it and it needs to change. The world needs to change.