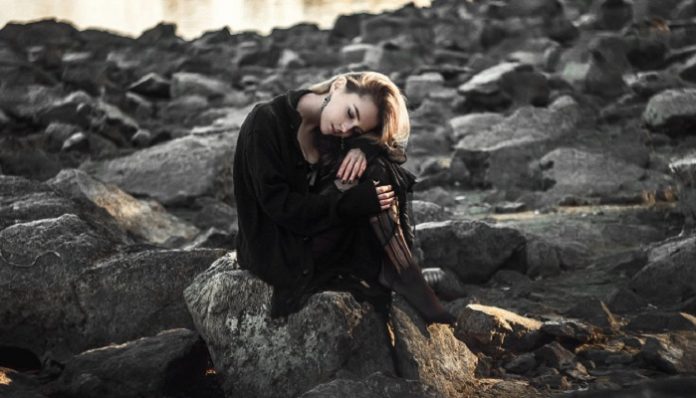 When you catch yourself acting out of character, do you stop dead in your tracks and wonder what’s come over you? Do you try to have a moment of clarity to get back to reality and sanity?

A big blow up now and then [behind closed doors] is normal, especially if it’s not a reoccurring, daily struggle – just one of those things you need to yell your way out of. But for you to be that girl at the bar, extremely intoxicated, picking a fight with their boyfriend, it’s just a bit over the top, don’t you think?

Believe it or not ladies, you need to trust your significant other with almost everything under the sun – innocent until proven guilty, right? So don’t go snooping or causing problems because it seems second nature to you. I guarantee this will blow up in your face. So here are some prime examples of things you should not be doing as a crazy and controlling gf.

Creeping On His Phone

Countless girls are guilty of doing this, but just because he has left his phone in plain sight to quickly shower, is not permission for you to go through it. You are both adults [hopefully], and it’s common sense that if something doesn’t belong to you, you don’t go through it or play with it. We sometimes forget that it could be as simple as if it’s not yours, don’t touch.

When he is having a night out, especially with the boys, leave his phone alone. Keep yourself busy, whether it be a girls’ night or going to see a movie with Mama Bear. Relax, it’s okay to spend 24 hours without him. And more than that, it shows both respect and independence.

Stalking his Instagram notifications tab or Facebook page is not cool ladies. There is absolutely no reason you need to track what your boyfriend is liking/doing on social media. It’s so childish and immature and, when you think about it realistically, you’re going to start an argument over something as meaningless as a picture? Something as juvenile as that should not be reason for confrontation.

It’s always a good time having a few drinks with your significant other, however taking it overboard and becoming a complete wreck is not classy, especially when it leads to drunk-fighting. We’re all human, it’s happened to the best of us, but keep in mind if you’re going to be that girl who just gets absolutely belligerent and you start picking a fight and you begin doing that awkward and ugly crying face you do and just throw on a show in the middle of the street for everyone to witness… It’s time to re-evaluate your life choices.

This is for the girls that have no shame in their actions and think this is completely acceptable. Getting so angry that you need to resort to physically abusing your significant other is intolerable. If you are in any relationship, you need to be able to talk to them without resorting to such drastic measures. This goes for when you’re sober or drunk. There is no need for it and it’s just flat-out embarrassing.

I know [to an extent], we are all guilty of doing these things. It happens, girls are just naturally jealous beings. Mix that in with some tequila and you’ve got yourself a hot mess. But the way I see it is, you give your man trust and freedom to do as he pleases and see what he does with that. It could backfire and blow up in your face, but wouldn’t you rather go out knowing you did every single thing right, in that you weren’t possessive or overbearing?

Rather, you gave him freedom to do as he pleases and if he takes advantage of that, he’s the one that will need to look himself in the mirror and ask if he likes the “man” he’s become. Keep your head held high and keep smiling and go into another relationship wiser and with more love to offer because at the end of the day, it’s his loss.