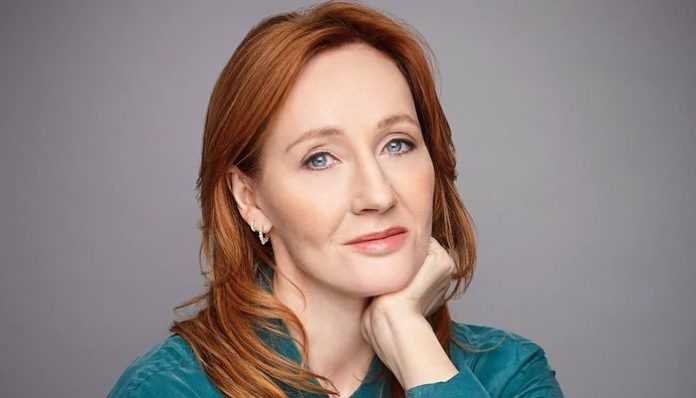 Like many others born in the 90s and early 2000s, I fell in love with the Harry Potter series by JK Rowling. Before reading it, I didn’t care for books. Now, at twenty-one, I am an avid book-reader and a writer, and I also happen to be transgender.

So, along with other trans folks and allies, I was devastated to see this tweet appear on my feed:

Unfortunately, the story gets worse. In response to the outrage on Twitter, Rowling published an essay on her personal website on “gender and sex issues.”

Rowling needs to really inform herself on trans issues if she wants the community to sympathize with her. She is missing the point as to why people are infuriated and disappointed in her transphobic comments. Here are some of the quotes from her essay and how she’s totally missing the mark.

“I happen to know a self-described transsexual woman who’s older than I am and wonderful. Although she’s open about her past as a gay man, I’ve always found it hard to think of her as anything other than a woman.”

A few issues here. 1) Since JK Rowling knows some trans people, she understands us? And 2) it’s not up to her to determine someone else’s identity based on what she, herself, thinks is right. Who cares if Rowling “finds it hard” — does that make this other woman’s identity invalid?

I am sure JK Rowling would disagree, but trans-misogyny is real and thriving in the queer and feminist communities. Rowling is a TERF. This stands for Trans-Exclusionary Radical Feminist. Basically, she’s a self-proclaimed feminist that doesn’t believe trans women belong in traditionally female spaces. You can see this in her phrasing “men who say they identify as women.” It’s also clear when she says trans men are included in women spaces because “they were born women.” These phrases erase the trans identities that brave folks have worked hard to discover for themselves.

“I know transition will be a solution for some gender dysphoric people, although I’m also aware through extensive research that studies have consistently shown that between 60%-90% of gender dysphoric teens will grow out of their dysphoria.”

I was terrified to come out to my family about my gender identity until I was in college for this exact reason. When people believe that gender dysphoria is a phase that most people will grow out of, it makes you think that your family won’t believe you. At 15, I came out as non-binary and I had other trans people tell me that I wasn’t trans for my gender identity.

Still, I began my journey by starting Hormone Replacement Therapy (HRT) and testosterone without involving my family because I was terrified they would tell me it was a phase. I experienced my own fair share of “anxiety, dissociation, eating disorders, self-harm and self-hatred.” But it wasn’t an “allure of escaping womanhood,” like Rowling said she felt as a teen. Ultimately, I discovered that I am not the woman that “feminists” and society told me I had to be, and that I had to accept and love that part of me.

I was not rejecting my womanhood, because I wasn’t a woman. I was accepting the fact that I was never and am not a woman.

“In spite of everything a sexist world tries to throw at the female-bodied, it’s fine not to feel pink, frilly, and compliant inside your own head. Instead, it’s OK to feel confused, dark, both sexual and non-sexual, unsure of what or who you are.”

This may seem progressive, but it’s not. Rowling means that it is okay for women to think that they can be men and maybe transition. She is saying that ultimately all people assigned female at birth are women. And that it’s normal to doubt their gender because of a male-based society.

So, is it not okay for those assigned male at birth to feel the same way? To not feel blue and masculine inside their own heads? Transwomen are women just the same as any cisgender woman is. Rowling is part of the problem that creates and enforces trans-misogyny and incorrect assumptions of other trans-identifying people.

And yet, she doesn’t see that she is hurting them and enforcing the very societal pressures that are pushed onto cisgender women. She is propagating the idea that trans women are predators because they were assigned male at birth. She is placing them into the box that they need surgery and hormone therapy to really be women, and even then they aren’t because they were raised differently. There is so much more to the trans community. And they suffer because of people like JK Rowling, who normalize discrimination against them for their identity.

“That assault happened at a time and in a space where I was vulnerable, and a man capitalized on an opportunity. I couldn’t shut out those memories and I was finding it hard to contain my anger and disappointment about the way I believe my government is playing fast and loose with women’s and girls’ safety.”

I am a sexual assault survivor and it is still a fresh wound for me. However, I know very well that being sexually assaulted by a man is not an excuse to call trans women men. And it’s certainly not an excuse to exclude them from women’s spaces. It is valid to feel unsafe around men after an assault. However, that doesn’t allow you to be unaccepting of trans women. That’s internalized transphobia.

As someone that was raised a woman (and by Rowling’s standards is still a woman even though I identify as a transmasculine person), let me tell you: Using terms like “menstruators” and “people with vulvas” is fucking awesome. I have a period, but that does not make me a woman. I have a vagina, I have breasts, but I am not a woman just as much as a transwoman with a penis is not a man. Why can’t we move past the primitive idea that biological sex determines one’s gender and what little box they fit into in society?