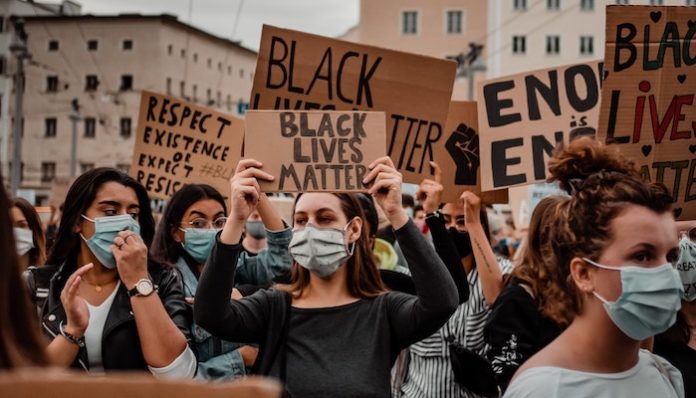 The events of the past week and a half have been draining, to say the least. We went from fearing a pandemic that is still viciously taking the lives of innocent people around the world to fighting against police brutality and showing our support for the Black Lives Matter movement.

You don’t have to watch the news to figure out what’s going on. Instead, you just have to go out in public or check any social media accounts you follow. Finally, some pleas from the public have been successful and there’s been a huge increase in awareness of what has been going on and what needs to be changed. For the first time as a society, we are more educated.

The Black community has finally found the allies they’ve needed for years. In unity, we’ve been making a change. But as the momentum slows down after what has felt like a daily war zone in our streets, we can’t forget that this activism needs to continue, and people need to continue to show their support.

We can’t normalize superficial activism – we need to actually follow through. Sadly, this message could very well be forgotten after the protests slowly dwindle.

Superficial activism is an action fueled by self-promotion to maintain an image of awareness. It’s also used to describe the actions of people who want to feel included in the movement without sacrificing anything. For example, it could be using a hashtag in a singular post without further action.

This doesn’t always come from a bad place, though. People often do this out of pure good, but we can still do better to be effective allies in the long run.

In addition to posting a hashtag or sharing a black image to Instagram, there are so many helpful and effective things we can be doing. Such as:

During times like these, we should also educate others on the issues at hand. It could mean explaining why the Black community needs help in vocalizing their issues or describing the significance of petitions circulating online. But most importantly, we as white people or even those of non-Black races need to educate others on how to effectively recognize and use our privilege.

Just because you showed your support to seem aware or because you genuinely are supportive isn’t enough. It is not enough to simply say “we need change” without taking any action. We need to keep signing petitions (it takes literally 30 seconds to do so), emailing/texting/calling whoever we need to to get the message across (using the awesome online resources we have available), donating money for legal assistance or towards movements, reading to gain more knowledge and physically be aware of what is going on.

I don’t know about you, but after years of feeling like it wasn’t my place to advocate for this issue, I’m feeling more empowered than ever to vocalize my anger, frustration, concern, and support for a cherished community. Now is the time to do it. They need every ounce of help they can get.

Photo by Simone Fischer on Unsplash