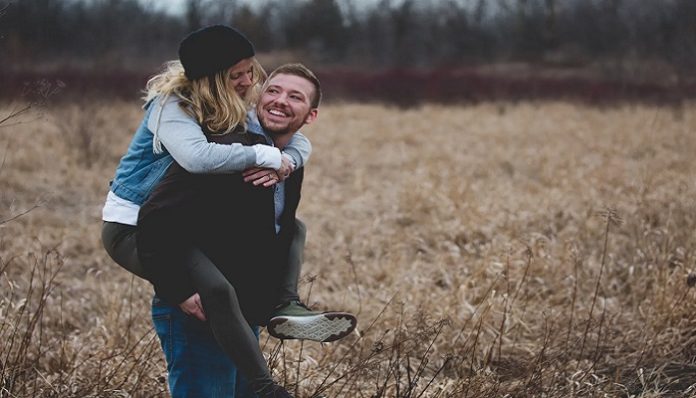 One of the toughest parts about dating is finding someone who has compatible goals when it comes to a relationship. Finding someone who wants the same things as you can be a daunting task. The beginning of every relationship is really just a trial period when you think about it. You’re testing out the waters and really seeing if the things you want are compatible with the things they want. While it’s no secret that many people want different things, I think that often times, relationships are made into being these big complex things that really don’t have to be as complicated as people make them. Stripping it down to the basics, there are really only 8 things that I want in a relationship.

Trust is a no-brainer in any relationship, so this really shouldn’t be anything too out of the ordinary to ask for. I want to be able to trust my significant other not only to be faithful, but also to make good decisions on his own – to be his own person without having to worry about how those decisions may affect me and our relationship.

The best relationships are the ones that develop from friendships. After a series of failed Tinder dating, from what I’ve concluded was because of a lack of a base friendship, I realized that what I needed was a guy with whom I’ve had that stable and solid friendship already built. I need my significant other to be my best friend. I need to be able to be 100% myself – to goof around, to be serious about the hard things, and to not have to worry about being someone I’m not.

As long as you’re honest, I won’t be mad. And that applies to any situation we come across during our relationship. If something isn’t working for you, please tell me. Just tell me the truth and do it tastefully. I can’t promise that I won’t be disappointed, but I’ll always respect you for it.

I want a significant other who is always up for an adventure. Someone who is down with being spontaneous and always up for trying new things. Whether it’s a weekend getaway to a secluded campsite or a week long European backpacking trip, I want someone who can travel with me and wants to see the world with me by your side.

A sense of humor is perhaps the most important quality to me. I love to laugh and I love to make people laugh. It’s honestly one of the best feelings in the world, and I need someone who can get on my level with it. There really isn’t anything that we can’t handle as long as we can find a way to laugh about it together.

We can be our own people. Just because maintaining a relationship means sometimes putting someone else first, it doesn’t mean we can’t still have a portion of our lives that is still separate. Let’s spend a Friday night doing our own things with our own friends. A little independence is certainly not a bad thing, and it’s healthy for a relationship.

Obviously, commitment is a big part of a relationship. I’m not referring to commitment in the sense that you’re only dating me. Of course, I want that. But what I mean is that I want someone who really commits to me. Meaning that when things get rough or really shitty, they’ll stick around and want to work things out, instead of just running away. I need someone who is going to make the choice that I am worth the hassle of whatever it is that we need to work through.

Patience goes hand in hand with my idea of commitment. I know that I am not an easy person to love. I am someone that you need to give me time and a chance to slowly grow on you. I’m not someone that a guy meets for the first time and says, “I’m going to marry her.” It’s just not who I am and it’s not how guys see me. I need to know that my significant other is going to be patient with me in all aspects of our relationship, especially the parts that are a struggle for me to deal with because of my depression and anxiety.

Personally, I don’t think I am asking for much. And to be honest, when I find the perfect, right guy, he’s going to bring all of these to the relationship, and it’s not going to be too much work or effort. He’ll do it because it’s what he wants as well, and neither one of us will “wear the pants” because it’s something we’ll do together. And that’s where we’ll exist – as two separate human beings co-existing as one.