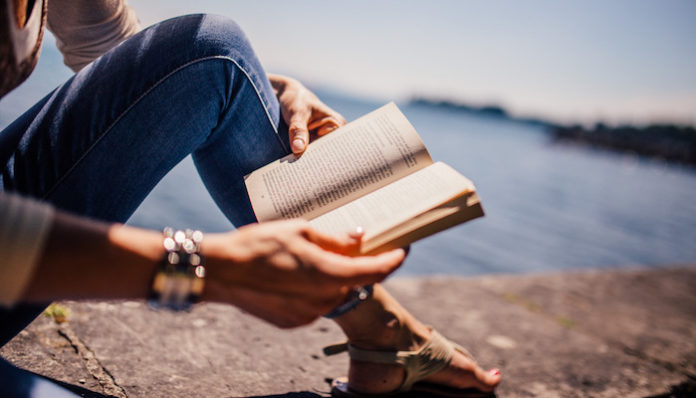 Gabrielle Union’s production company, I’ll Have Another Productions, optioned one of the best memoirs by George Johnson called “All Boys Aren’t Blue” to sell as a television series with Sony Pictures. The memoir takes its readers through the author’s – who’s an LGBTQ+ activist – childhood and adolescence in Plainfield, NJ. It also describes his collegiate years at an HBCU (Historically Black College or University) in Virginia. Published on April 28, 2020, by Macmillan, the title of the memoir acts as a nod to the author’s father who was a cop. It’s also a play on the heteronormative associations of the color blue being for boys and pink being for girls.

Furthermore, in his book, Johnson details his experience with bullying in the neighborhood he grew up in. Moreover, he includes his first sexual experience and the loving relationship he had with his grandmother. The book also grapples with issues of gender identity, growing up under the duality of being black and queer, consent, toxic masculinity, and black joy. Having this book optioned for a television series is a great way to elevate black queer voices. Also, it helps to have their stories heard in their true form and told on large, wide-reaching platforms such as TV and film. Johnson has stated that he wrote the memoir to “make sure the next generation of black queer children had something they could relate to and connect with.” However, Johnson’s memoir isn’t the only one that tackles black LGBTQ+ issues.

So, here are 5 black LGBTQ+ memoirs that can help many black queer children feel seen and heard:

A winner of the 2019 Lambda Literary Award for Best Gay Memoirs and a 2018 New York Times Notable Book of the Year, Darnell Moore’s book tells the story of reckoning with family, death, and what it means to be free. At the age of 14, the author barely escaped death after being set on fire by three boys from his neighborhood. The book tells the story of hope that comes after such a horrific experience. It takes readers through his journey of finding his calling upon rising from the ashes of oppression and racism. Readers will learn about owning the complexities of one’s identity, forgiveness, and exploration of the self.

2. “The Stars and the Blackness Between Them” by Juanada Petrus (2019)

This memoir tells the story of a young Trinidadian girl, Audre. She was sent to live in Minneapolis upon her mother’s discovery of her relationship with Mabel, the pastor’s daughter. Told from the different perspectives of Audre and Mabel, the story takes you through the journey of two black girls from very different backgrounds. They both try to find love and happiness in a world that’s determined to deny them both. Winning many honors, the book expertly mixes Afro Spiritualism and poetry to tell a story that helps queer black girls and their families feel seen. Readers will find the rich Afro-Caribbean cultural context enjoyable and the conversations that the book can spur interesting.

A ghost story and family drama, the book explores heavy topics such as love, lust, desire, and grief. The book follows the trials of the Delaney family starting in the summer of 1976 and spans over the course of two decades. Marriages, death, and losses serve as the focal points of the story. Ava Delaney, at one time a wild young girl and brilliant artist, is the main character. She undergoes profound changes after a violent event rocks her family and their relationship to the church. Readers will find the journey of the Delaneys luminous, sad, and redemptive simultaneously.

This novel tells the story of a 16-year-old Horace Cross, a descendant of slaves and deacons of the church who spends nights wrestling with confusion over who he is and the demons that take over his brief life. Intelligent and popular, he grapples with his attraction to other young men and his yearning to escape the narrowness of Tim’s Creek. This book gives voice to the unvarnished truth of blackness and homosexuality. All while weaving in the ways that generational hope can affect a young black boy. This story is accessible to those who are black and gay as well as those who are neither.

Selected as one of the New York Times 100 Most Notable Books of 2019 and the winner of many awards, Jones’ memoir tells the story of a young gay black man in the South trying to find his place in the world. Taking readers through his tumultuous familial relationships, the author examines race, queerness, self-exploration, and love. The book explores who and what we shed to become who we are ultimately meant to be, making it accessible to both queer individuals and those who enjoy reading raw, emotional books.

Overall, one way to show support for the black LGBTQ+ community is by reading the stories in the memoirs they tell. Choose to make their stories heard so that other black queer individuals can be heard and feel less alone in the struggles they face. Lifting queer voices during Pride month and beyond is imperative to ensuring progress and acceptance.