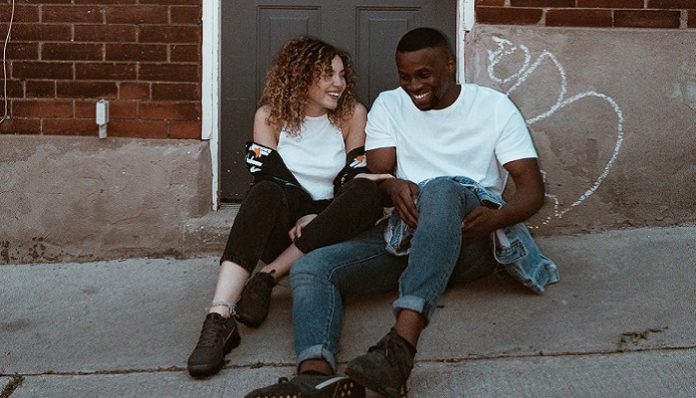 I’ve always fit in well with the guys, and I’ve always enjoyed having guys as friends. I have never had a super “ladylike” personality, so it was always nice to cut loose and hang with the dudes. They were fun, hilarious, and way less dramatic. Or so I thought…

It wasn’t until I realized that a lot of my guy friends found me attractive, that I ever ran into any problems. There’s nothing wrong with that, especially if any of them had expressed any interest in trying to date me, but for the most part, they only seemed interested in getting me into bed.

I can’t even count on my fingers how many times I’ve had a guy friend profess their desire to sleep with me, then turn around and make me the bad guy for not wanting to, too. I’m not kidding when I say that several friendships with dudes have been ruined simply because I wasn’t willing to hook up. I’m simply not the type to hook up, especially with friends for fear of ruining the friendship… something that they apparently have no problem doing.

One trend I’ve noticed after these encounters, is the guy friend usually becomes more distant, and when I ask about it, they tell me that I’m too clingy. I didn’t realize that asking to hang out once a month makes me “too clingy.” Whether we like it or not, their moment of truth shapes the friendship that follows, for better or for worse. Both parties became more aware of their interactions with that person and, sometimes, it doesn’t do any good for the friendship.

The thing about being friends with guys is that they often mistake your attempts at friendship with you trying to date them. Unless I very explicitly say, “I want to be with you,” then you really have no business thinking that dating you is on my mind.

To be fair to them, I have always had a flirtatious personality. It’s the way my sense of humor is. The way I joke around is often misinterpreted as flirting, which is where I guess guys get the notion that I’m willing to sleep with them. It’s a misunderstanding that I genuinely feel bad about, but to make me feel bad when I say no is not fair to me.

It makes me wonder if guys and girls are actually capable of ever really being friends. Will there always be an ulterior motive? Will my guy friends ever be okay with just being friends with me, sans trying to get my pants and not think that I’m trying to date them? They sure make it hard to do so.

Being friends with guys is often like trying to blindly navigate a minefield. It’s discouraging to even attempt to be friends with guys when you know it’s eventually going to blow up in your face no matter which direction you go.

The point is, when you’re trying to be friends with a guy, you’re damned if you do and you’re damned if you don’t. There’s always going to be the guys that think that you’re only after dating them, and will genuinely think that you being nice and your invitation to dinner is you asking them on a date. My theory for those guys is that they’re confused about you and that they don’t know what they want. Why else would they get their shorts in a bunch over something so trivial and meaningless?

With that, I say to guy friends everywhere:

Learn how to be friends with girls. Not every girl friend is going to want to sleep with you, and you don’t need to sleep with every one of them. We’re not trying to date you; we’re just trying to be your friend, and it would be nice if you could do the same for us.

You Save A Life By Just Accepting Your LGBTQ+ Family Member