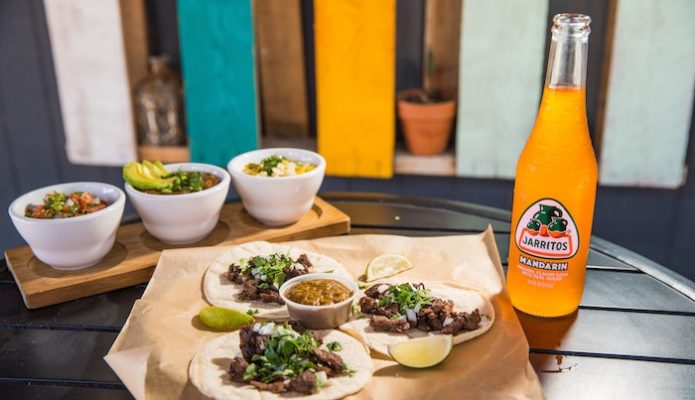 Cinco de Mayo is a holiday that celebrates the date of the Mexican army’s May 5, 1862 victory over France at the Battle of Puebla during the Franco-Mexican War.  As a result, it’s probably one of the most celebrated days in the world. However, it may be one of the least understood holidays, too. So let’s get the facts straight about this holiday.

In 1861, Mexico was in a financial crisis. As a result, the new president Benito Juárez was forced to default on debt payments to European governments. In response, France, Britain, and Spain sent naval forces to Veracruz, Mexico, demanding repayment. Britain and Spain negotiated with Mexico and withdrew their forces. France, however, ruled by Napoleon III, decided to use the opportunity to carve an empire out of Mexican territory.

3. The Mexican army was the underdog.

France sent out well-armed, 6,000 French troops to attack Puebla, a small town in east-central Mexico. President Juárez rounded up a ragtag force of 2,000 loyal men and sent them to Puebla. The Mexican army was outnumbered and poorly supplied, but they were ready to battle. They were led by General Ignacio Zaragoza and prepared for the French assault. On May 5, 1862, the battle lasted from daybreak to early evening until the French troops retreated.

4. Cinco De Mayo is not a national holiday in Mexico.

President Benito Juárez declared the “Battle of Puebla Day” or “Battle of Cinco de Mayo” a national holiday on May 9, 1862. However, it’s no longer considered a national holiday in Mexico. Within Mexico, this holiday is primarily observed in the state of Puebla, where the victory occurred. Nevertheless, other parts of the country also take part in the celebration.

5. President Franklin Roosevelt helped bring the celebrations to the U.S.

In case you were wondering why Cinco the Mayo is celebrated in the US, it is because the holiday started to be celebrated in the US after President Roosevelt created the “Good Neighbor Policy” in 1933 to improve relations with Latin American countries.

6. Los Angeles, CA was the first U.S. city that celebrated this holiday.

In 1863, Mexicans miners broke into celebration when they received the news that people were resisting French occupancy back home.

7. The largest celebration today is in Los Angeles.

Los Angeles’ Fiesta Broadway has been the largest celebration in the world, attracting crowds of 500,000 or more. The tradition includes military parades, recreations of the Battle of Puebla, and other festive events.

7. Cinco De Mayo is more popular in the U.S. than in Mexico.

In the United States, this holiday is more popular than in Mexico. It has evolved into a commemoration of Mexican culture and heritage.

8. Cinco de Mayo is a National Holiday in the United States.

President George W. Bush recognized this day as a national holiday in 2005.

This holiday is a heavy drinking day for Americans. Many people visit local restaurants to drink beer, tequila, and margaritas. However, this year, we are all going to be drinking from home.

10. This holiday is celebrated in other countries too.

Interestingly enough, Cinco de Mayo festivities are extending across the globe to places like Canada, Spain, Cayman Islands, and Japan.

Cinco de Mayo is more than an excuse to eat tacos and drink margaritas. It is an important day – not just in Mexican history, but also in the history of the world. Let’s not forget that this holiday has true meaning and importance.