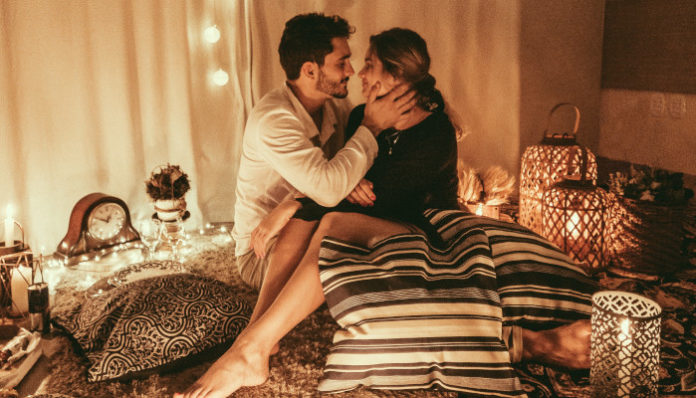 My BF and I moved in together for a month. He then moved out after we had intense disagreements (I asked him to move out because it was too much). We later reconciled and are going strong for over a year. Yet he says he won’t move in with me until it’s his apartment. Should I let it go even though I offered him to move in with me again? There were some issues that I’m not sure I can let go…

There are times in a romantic unit’s lives when you face dilemmas. I call it the tattoo paradox:

If you feel hesitant to permanently etch your names into your bodies, you’re probably not ready for it. In your case, you’re having reservations about living with your boyfriend. If this is the case, I’d say don’t move in, regardless of whose place it is.

These days, people assume that moving in together is a natural progression of a romantic relationship. It’s easy to see why—it’s a huge commitment. Not to mention it’s the most obvious way to demonstrate your devotion to each other bar an engagement.

However, that’s also the problem: it’s a huge commitment. And as you have seen already, you and your boyfriend did not make good housemates.

Sure, it’s been a year. You mended your relationship. No doubt you’ve been doing a lot of growing and found new ways to strengthen your trust. That’s cool.

But there’s two things that stop me from telling you to take that leap. 1) You still hold reservations. 2) Your boyfriend also expressed his hesitation.

Right now, it seems like you want to move in because people expect you to. Your boyfriend’s insistence of getting his own place upsets you because that puts him at an advantage if things don’t work out. You seem simultaneously nervous to make such a huge commitment and unhappy that your partner refuses to take this leap of faith with you.

Here’s the thing, though: This is exactly how you boyfriend felt when you called things off last year.

You moved in together too soon. You experienced disagreements. Within a month, you asked him to move out. He probably encountered emotional and financial stress as a result. It doesn’t matter if he could afford it or not—that sort of experience would make anybody think twice about repeating the exact same scenario, no matter how much they love their partner.

I don’t know what you are not willing to let go of. Maybe you approach things like cleaning, cooking, and bill-paying, in vastly different ways, ormaybe you just disagree about the sorts of shows you watch in the evening.

Either way, don’t expect that moving in with solve this issue.

I’m not saying it’s time to break up. In fact, lots of couples live apart and make it work. Maybe you two thrive better with your own personal space. Perhaps you just don’t know what you want. Maybe you are both still establishing yourselves professionally and therefore need some flexibility.

If you were getting a tattoo, I’d suggest that you place a picture somewhere you’ll see it daily for 6 months. If you don’t hate the picture by the end— then you could get the tattoo. In this case, it might be worth doing a cohabiting trial period. Over the next 6 months, try spending more time at each other’s places until you’re sure that your past issues feel resolved. If, by the end of 6 months, you’re happy to carry on, then revisit the conversation about getting a place together.

If you end up at each other’s throats by month three, you are due to have a different conversation.