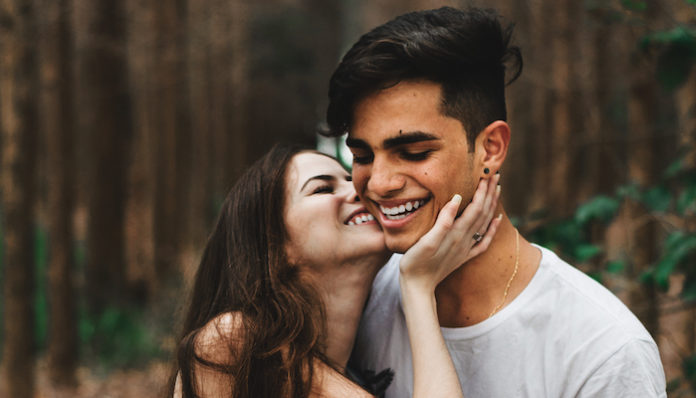 Some men are very straightforward with what they want in the bedroom — you know, the “let me show you” kind of guy. However, others aren’t as forthcoming. Some guys don’t feel as comfortable sharing what they want to try in the bedroom. Luckily, your partner’s zodiac sign can be pretty telling when it comes to common personality traits and the sexual acts that align with those traits.

Here’s what kind of sex your man secretly wants, based on his zodiac sign:

Morning sex. He wants the lazy kind of sex where you tease his morning wood between the sheets to start off the day just right. Minimal effort required and low expectations — as long as he gets it.

Drunk sex. No, they don’t want to take advantage of you or have non-consensual sex. But sometimes it’s nice to have a few drinks and have some fun with sloppy sex. Be sure to add 69 into the mix too (pun intended).

Public sex. Leos want to be unleashed from their cages and escape the bedroom for a little bit so they can dominate in some new territories. Whether it be in the living room or in a car, they’re eager to do it.

Submissive sex. While they love being dominant in the bedroom, sometimes they want to switch it up a bit and get dominated. They want to be the one to sit back and relax for once, but they also want to see what magic you can do.

Rough sex. Scorpios are known to be freaks – they’ll try anything at least once and are very open to new experiences. Moreover, sometimes they don’t want to take things slow when experimenting, they just want to bang (and bang hard).

Oral sex. Sagittariuses are traditionally selfish people who thrive off of constant attention from others. There’s no better way than showing that through oral sex.

Bondage. I’m not talking total Fifty Shades of Grey style, but definitely something in that sense. Handcuffs, blindfolds, or maybe even a gag ball are all great suggestions to start with.

Roleplay. It’s a lot of fun to be someone you’re not, and creative minds like an Aquarius are encouraged to thrive with no limitations. Figure out if they have any fantasies or a favorite profession, then go from there.

Sensual sex. It’s not that he fears not seeming masculine, but he’s interested in having that loving affection you see during sex scenes in romance movies. A Pisces craves a deep connection, so try holding hands during sex and making lots of eye contact to show you want the same thing too.

Next time you’re thinking of a way to spice up your sex life, take a moment to think about his zodiac sign and try surprising him with whatever’s listed above. Who knows, you may find your new favorite treat as a couple.

How To Play Hard To Get Without Being Immature