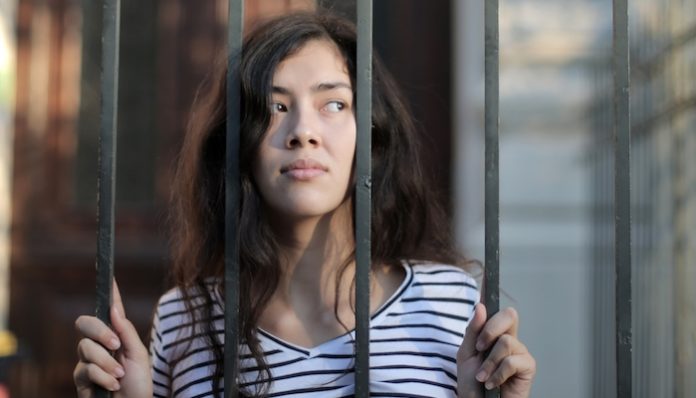 When your young self gets urges, sometimes you have to take care of them immediately. Sadly for me, when I was 19, I had an urge that almost got me arrested.

Quite a few years ago, I had reconnected with someone with whom I played co-ed volleyball in high school. We quickly became friends with benefits. I knew he was interested back then, but never really responded to it because I was too busy to even think about starting something with someone. But thanks to Tinder, one cold December night, the timing was more in our favor.

So on New Year’s Day, he reached out wanting to hook up. I really didn’t want to because of how cold it was and the snowstorm was only getting worse. However, he offered to drive so I agreed. His house wasn’t free for once, and our usual spot in the next town over was too far considering the bad weather. So we had to get creative and drive really far north in the countryside of our suburban town to the local conservation area.

Upon finding a tiny (and what we thought was a secretive) parking lot, we parked and went at it. We were making out, clothes were flying, and things were getting heated despite the freezing Canadian weather. What can I say, sometimes we need some body heat to keep us warm.

He had just gotten my top off and my bottoms when an extremely bright spotlight shined on us from the distance.

He said, “shit,” and fumbled to the driver’s seat from the back where I was. I would have gotten changed, but my clothes were on the floor in the front seat. So I just put on his winter coat and sat there bawling as the police officer slowly approached the car.

After giving us a few moments to get decent, he brought his handheld flashlight and directed it at me in the back of the car — bear in mind that I was still sobbing. My FWB rolled the back window down and the cop proceeded to ask in a kind way, “Do you want to be here?” — obviously asking if this was a consensual encounter.

In a moment of panic (because I was legitimately terrified), I peeped out, “not anymore” and continued to cry. He then goes to the front seat and yelled at the guy for obviously putting me in a bad spot. I guess he had run the license plate as we “got dressed,” and this guy had been arrested for something unrelated that popped out when his license got checked.

I was absolutely shitting my pants. How could I have been so stupid to have gone to the backroads during a snowstorm? It’s not surprising to run into a cop patrolling an area that was prone to getting car accidents. And why didn’t I say no to this idiot in the first place? Why didn’t I trust my gut?

While speaking to us, the officer explained that he wasn’t going to arrest us because he truly felt bad. However, he did list the charges we would have had: public indecency, indecent exposure, and trespassing onto private property (even though it was a public place). There was another charge, but I can’t remember what that was. I was too mortified and praying that I wasn’t going to get arrested.

The cop stayed around to make sure we left, which took a while since I had to yell at the dumbass in the driver’s seat to give me my clothes. I was so scared that I was physically shaking.

To top it off, as we drove off from the scene of the “crime” he had the audacity to ask, “Where are we going next?”

In my mind, I was like, “Are you freaking serious? We just dodged getting arrested and you’re still worried about getting laid?” I was beyond pissed and insisted he drove me home even though he was still looking for other spots. I cried the whole way home, still shaking and embarrassed. Of course, my whole family was home so I had to hide the tears upon my arrival. I scurried to my room to get changed into my sweatpants and watched a movie by the fireplace to get warm.

Moral of the story, it was terrifying and totally not worth it. Oh, and I cut that piece of shit off as soon as I left his car. Because clearly he didn’t have an ounce of respect for me… Or the law.