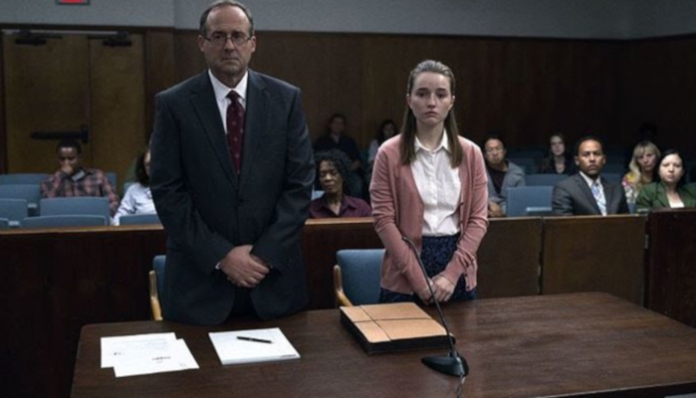 In 2008, a masked intruder broke into Marie Adler’s apartment and repeatedly raped her for hours. After violating her and taking photos, the attacker left Marie with deeply rooted and permanent trauma, as well as the nightmare of reporting sexual assault. It’s completely horrifying and unbelievable.

However, she wasn’t just assaulted by her attacker, but also by the US justice system.

Marie’s difficult story is the focus of Netflix’s new series, Unbelievable. The series ultimately reflects our obsession with victim-blaming in rape culture. This startling look into real-life rape cases urges us all to treat victims of sexual assault with more respect and dignity.

In Marie’s case, investigators forced her to relive the assault upwards of four times. They treated her like they would treat a suspect accused of a crime, not a victim of sexual assault. In fact, they treated her like she wasn’t human – because to them, she was just an inconvenience.

Eventually an investigator struggled to put the pieces together and coerced Marie into changing her story.

It was easier to believe that she was fabricating the assault than it was to call this what it is – rape.

The detectives found it so hard to believe Marie because she wasn’t the “perfect victim.” After all, she didn’t curl up in a ball or fall to pieces. She tried to forget the harrowing details of her assault and as a result, was put on trial for her own rape. In the end, prosecutors fined Marie $500 for false reporting.

As a whole, society looks for reasons to not believe sexual assault survivors. Why not gather evidence and convict rapists?

Because our justice system fails survivors time and time again.

Unbelievable’s intensity forced me to step away for air more times than I can count. Unfortunately, sexual assault survivors don’t have the luxury of checking out when things get confronting, and we shouldn’t either. We need more of these gut-wrenching shows because one in five women experience sexual violence.

This is why women leave their homes with keys and pepper spray. It’s why many women live with post-traumatic stress and anxiety disorders. This is why so many don’t make it home.

Sure, some rapists receive prison sentences (in the rare cases when the system actually works), but that isn’t enough to help countless women heal from trauma that shouldn’t have happened in the first place.

The blatant disbelief Marie faced confront why so many sexual assaults go unreported. It’s because we don’t believe the victims because somehow we trust men more than women. Unfortunately, we care more about repercussions and reputations rapists may face than the safety of nearly one-quarter of our country’s female population.

Although Unbelievable disguises itself as a true-crime series to draw in all demographics, the show does so many things right.

Thankfully, the series does not glorify sexual violence. There is no hiding from the pain and trauma that haunts the victims. Most importantly, there is close to no attention given to the rapist, and rightly so since it’s a raw, honest recount of an actual case.

However, this show might be difficult for assault survivors to watch.

For those of us who haven’t experienced the horror of rape, however, Unbelieveable forces us to open our eyes to the horror that is rape culture and it’s the wake-up call we needed to make it stop.

This isn’t unbelievable; this is real life.

Join the discussion: Have you watched Unbelievable? What did you think?

The First Cut Is The Deepest: Why You Never Forget Your...