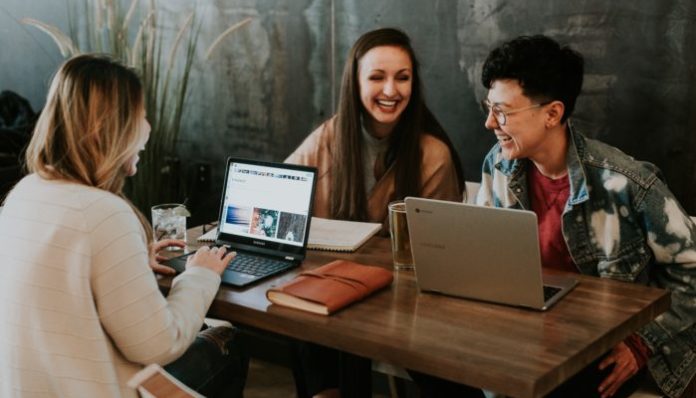 The term ‘millennial’ is always up for debate in terms of what years are in the time slot to be qualified. For those wondering, people born between 1981 and 1997 are technically able to identify as millennial. We’re the ones between Baby Boomers, Generation X and Gen Z.

There’s actually a lot of cool things about the generation between 1985 and 1995 that we fail to recognize.

We’re between two generations; the one before technology and the one after. We know the importance of inventions, how they occurred, and how they’ve impacted others. We’re up to date with improvements as they happen, while reminiscing on their origins.

We had the balance of playing video games, yet still having an active childhood where we played outdoors. Luckily for us, we got to enjoy the best of both worlds. We went outside to play with our friends and have great memories from doing so. Usually, we didn’t isolate in our rooms on the computer or playing video games until later in life

We have a different set of communication skills. Being born in the generation before the internet and cellphones took over, we learned how to communicate verbally. Our generation also isn’t afraid of talking on a phone to get our point across. We can still type an efficient email or message to our friends. Our generation knows how to appropriately respond to each scenario.

We know how to work hard and smart. The generation before us were hard working individuals. They had a strong work ethic, and we inherited from our own parents and elders. The generation after us have been taught that you need an education to make it places but often don’t get their hands dirty.

Email is easy for us.

The older generation can often be scammed by false emails looking for money or tempting them with love. We can identify these alarms and can act responsibly. Additionally, we know to have at least four email addresses; one for professional purposes, one for fun stuff (and even social media), one for financial transactions, and one for experimental things. Whereas the generation after us doesn’t understand how serious emails are for establishing our online lives and how they can interfere with each other if not monitored correctly.

The point is, we are the middle generation who is lucky to get the best of both worlds. We have plenty of exposure to the things that matter, and the experience of witnessing the development of the modern world–along with the understanding of it. We’re adaptable to two generations, and that in itself is mind blowing.

Give yourselves a pat on the back. You deserve one after being misjudged, underestimated, and devalued as a Millennial.

The 4 Types Of Intimacy Every Couple Has In A GOOD...

13 Ways To Get Your Life Back Together After Losing Your...