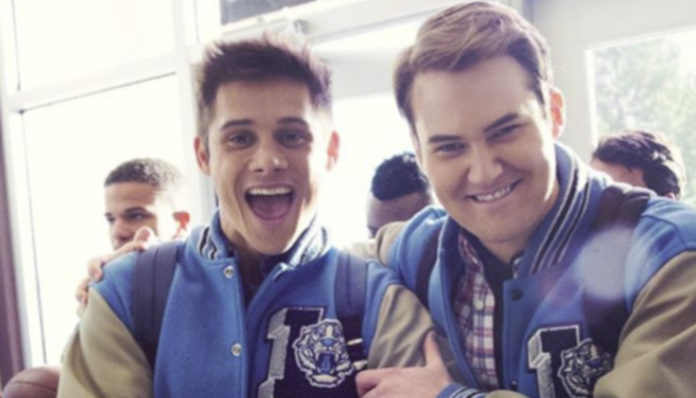 The New York Times recently published an article about a current New Jersey rape case in which the judge downplayed the severity of the event. The judge claimed that the rapist was “from a good family, attended an excellent school, had terrific grades and was an Eagle scout,” so the rapist was granted leniency in his sentence. My jaw dropped in disbelief as I read that statement and memories of my past flooded back.

Not so long ago, I spent part of my formative teenage years wrapped up in an abusive relationship. At first, I didn’t quite understand that my partner’s words and actions were inappropriate. The first time he sexually violated me, though, I knew that his behavior was unacceptable.

Bewildered and not entirely sure where to turn, I confided in a teacher who I trusted. He quickly dismissed my accusations with a simple statement: “But he’s a good guy. He’s raised by Christian parents with outstanding morals. He’d never violate a woman.”

Yet, he did violate me time and time again for over two years.

When we dismiss any form of inappropriate behavior just because of someone’s prominent status, we condone these behaviors. Furthermore, we also send a message to the recipient of the unwanted advances that their feelings and experiences are less important than the predator’s. We continue to tell women that their bodies and lives don’t matter because men are more important and their experiences are more believable. We engrain these beliefs in our minds. The false notions eventually consume us, to the point where we start living in a false reality where we dismiss our feelings and even hurt ourselves.

According to RAINN, 1 in 6 women will survive rape in their lifetimes.

However, the lasting effects of those encounters are even more startling. 94 percent of sexually violated women experience PTSD symptoms within two weeks of the encounter. Nearly one-third of women who experience rape contemplate or attempt suicide. Women who have been raped are ten times more likely to use drugs to cope with the rape’s lasting effects. Most women also experience moderate to severe emotional distress, struggle with relationships, and battle low self-esteem as a result of their rape encounter.

Due to my sexual encounter, I often believe that everything is my fault. What’s more, I accept harsh treatment from people simply because I think that I deserve it. I hate my body, and I often use derogatory, demeaning language when I discuss my appearance with friends. I wonder if anyone can ever truly love me, and I feel like I wear an invisible scarlet letter that displays my past for everyone to see. Occasionally, I still experience flashbacks, especially when a location or phrase triggers them. I’ve also battled self-harm and made suicide attempts.

We wonder why the #MeToo movement received so much traction among celebrities and everyday women alike, but isn’t the answer obvious? Whether it’s a sixteen-year-old boy or our own President of The United States, our society allows boys and men to violate women, then dismisses it, claiming that the perpetrator is a “good guy.”

But the truth is, a good guy doesn’t mistreat women.

A good guy would never rape girls and video the entire event. Nice guys don’t threaten women into submission so that they can have their way with them. A good guy doesn’t use phrases like “grab ‘em by the pussy” when they talk about beautiful women.

When will we stop justifying these lewd actions? When will we start teaching boys how to love and respect women instead of teaching them how to get into their pants?

No matter who you are or where you come from, rape is rape. When someone has violated a woman, their affluent upbringing or  assumed moral values should be irrelevant. We wouldn’t dismiss a mass murderer because they have wealthy parents, nor would we let a bank robber off because he made straight A’s in grade school. Therefore, we shouldn’t write off case after case of sexual assault because the perpetrator comes from a “good family.” Nothing about that is OK.

Change starts with us, and it starts now. Actively engage in creating change instead of just letting inappropriate comments and uncomfortable interactions pass you by. Don’t turn a blind eye when you see other women falling prey to predators or you hear men using unacceptable language about women. Use your voice to not only share your experiences, but to call others to action as well. Take your voice to the streets. We must stop accepting these unwarranted advances from men and justifying their actions after the fact. It’s time to stop perpetuating this dangerous cycle.