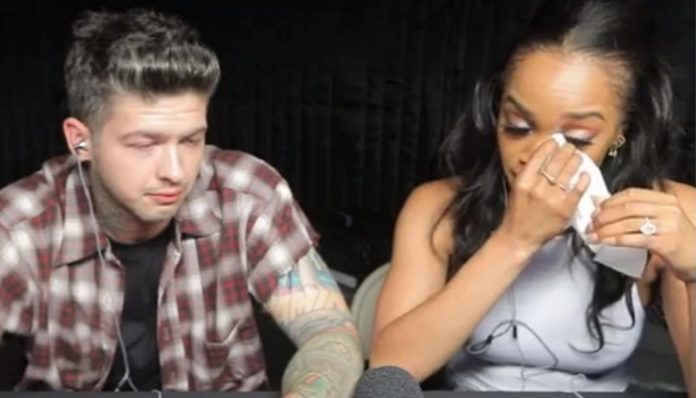 On September 11, 2019, MTV debuted its new show Ghosted. The title itself gives us a good idea of what it’s about: MTV helps people when someone ghosts them. One minute they were dating or were best friends with someone. The next minute, they’re blocked on social media, calls and texts go unanswered, or eventually, your number is blocked entirely. So, is this show worth watching?

What happens on the show?

The show’s hosts track down the “ghost” and try to uncover an explanation. The show then brings the “ghost” and the “ghosted” together for a “confrontation.” The Ghosted speaks first, and per usual they want to know why they were ditched by this person. The Ghost then explains why they cut off contact. Drama and tears ensue.

So, is the show right, or just creepy?

In my personal opinion, it’s creepy. The show is almost piggybacking off of their show Catfish. It’s another case where they hung down someone that doesn’t want to be found. If someone ghosts, they clearly don’t want to contact the other person. There are absolutely better ways to handle things.

How to handle it if someone ghosts you in real life?

We may struggle to see where we went wrong. We may not have gone anywhere wrong at all, the person simply didn’t want us in their life anymore. And that can be a hard pill to swallow. In this show, the people are getting the answers, but is it worth it?

Running away isn’t always the best choice but in some more serious matters, it is absolutely an option.

If the relationship is abusive, run. If a person has inflicted so much pain that it’s not fixable, and a discussion will do nothing more than cause issues, it could be acceptable to “ghost” them. And if it’s a matter of safety, do not hesitate to get out of there without saying goodbye. Run.

Taking someone on a TV show after they’ve ghosted you, though? That may be a bit in the direction of overkill. Personal fear is that people will see this show, and think it’s okay to track down this person that’s disappeared on them. It’s not always okay, more often than not, it’s not okay.

People may see this show, they’ll take it into their own hands to track down the person that cut them off. It all depends on the circumstances, but this show could plant some ideas in the heads of others that could absolutely cross some lines. If someone ghosts you, remember to keep it civil. Don’t do anything out of spite or anything for the sake of drama. Most of all, remember if someone has ghosted you, there’s a reason behind it. Either they want their space from you, or they’re a mean human being that you shouldn’t waste your time on anyway.