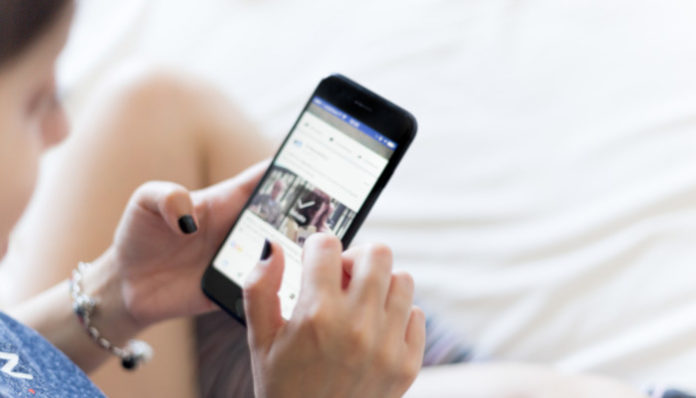 Welcome to “Ask Ada,” a weekly series in which we answer all those burning questions you’d rather not share aloud. Buckle up for some brutally honest advice! Today’s question comes from someone struggling to move on.

Over a year ago, I was ghosted by a guy I really liked. Recently, Facebook sleuthing revealed that he got with a girl shortly after he broke contact with me. I know I deserve better, but I’m still hurting, and I wonder where I went wrong. Help!

This is going to hurt, but you really should not have engaged in Facebook sleuthing. We all have that one person in our past who makes us tempted to social media-stalk, and there is not a single one of us who sees anything we like when we look that person up online.

Yes, I do speak from experience. Which is why I can say this:

A guy who ghosted you over a year ago isn’t going to fill his wall with sad poetry about the Owen-who-got away. He’s not going to write big, open letters to the boy he callously dropped. He’s not going to make a huge, sorrowful display to signal that he regrets letting you go and would jump at the chance to get back together with you. He had your number, and then he lost it. Needless to say, you are not high on his priority list.

Yes, I know that sounds harsh. But fixating on his social media and looking for closure is far worse. You could spend years trapped in a game of tag with some random ghost. Think of all the energy you’re wasting when you obsess over him!

Here’s the thing: With the exception of those who are fleeing domestic violence, people who ghost are just not that deep.

Emotionally debriefing a ghost’s hookups is too much effort, so it’s better to end all contact and quietly walk away from the blast site. Who cares if Owen is confused and hurt about my lack of feelings? He’s not fun anymore, and that’s all that matters to me.

If you were to pin this guy down and demand an explanation, he’d say something generic, like, “We wanted different things,” or “I don’t know why I didn’t call.” Maybe, if he is sophisticated enough, he would say something about bi-erasure and the shame he feels about his sexuality, which would distract you enough to let him off the hook. Bonus points if he can make you feel sorry enough to give him a goodbye f*ck.

Look, you will heal a lot faster from being ghosted when you realize that people who really want to be with you will find a way. If they can’t make a relationship work, they’re at least honest about it. Everyone else makes up excuses instead of being honest.

Move on. Write some sad poems of your own about being ghosted. Complain to your friends. Then, find someone else.

Eventually, you’ll look back on this experience and laugh.

AdaGot a question? Send us your burning queries here.