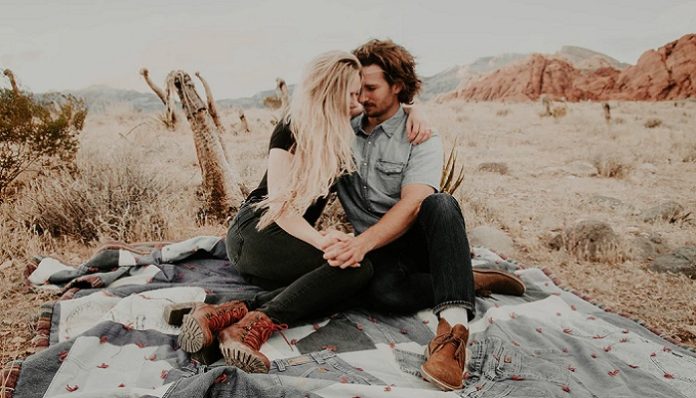 If you think about what ghosting says about their respect, the answer should be obvious.

It’s happened to just about everyone in the dating scene at least once: you meet someone, everything seems to go well, then all of a sudden, POOF! They’re gone without a trace, won’t answer phone calls, and just act like you never existed. The phenomenon, as we know it, is called ghosting — and boy does it hurt.

Social scientists and psychologists agree that ghosting is one of the most hurtful ways to dump someone. Studies have shown people get angrier when they’re ghosted rather than told it’s not working, too.

But why? Why does ghosting hurt so much? Well, if you really think about what it’s saying, it quickly becomes clear why it’s normal to be pissed about getting ghosted and dumped.

1. When a person just stops answering your calls, it’s a subtle way of saying that you’re not worth having a face-to-face discussion with.

Our culture, for the longest time, has had people break up in person as a respectful way of getting things done. If people matter to us, we treat them with respect and will talk to them about why it’s not working out. At the very core of the issue, refusing to even acknowledge someone’s existence is saying that you don’t matter to them enough to warrant a discussion and that’s cruel.

2. The fact that ghosting is as insulting as it is, is what also tends to make our confidence get eroded.

When someone ghosts you, they are showing how little they respect you. When someone shows you that much disrespect after you’ve treated them nicely, it definitely does make you wonder if there’s something wrong with you. While, logically, you know that ghosting is a sign of character weakness on the ghoster’s end, it’s hard not to wonder sometimes.

3. It also tends to be sudden, which makes us feel totally blindsided.

It would be a little less hurtful if the ghoster would give hints that it’s not working out. However, most people who ghost don’t even bother doing this. They just up and disappear, leaving us wondering what the hell happened.

4. Most would argue that ghosting also is the coldest rejection.

At least with some communication, the person gives you a drop of respect. You might even get an apology that way. With ghosting, you don’t even get that.

5. Another issue that ghosting brings up is all the questions it raises.

A lot of us just wish we could get an explanation or a heads up about the fact that this isn’t going anywhere. But no, they just like to leave us hanging and keep us wondering. Is it really so hard to be halfway decent with a person? Apparently so, if you ask ghosters.

6. Getting ghosted also makes you look and feel like a fool.

Why does ghosting hurt so much? There’s something about realizing you’ve been ghosted makes you feel like an idiot. When you actually look at the messages you sent to him when you were just trying to figure out what’s up, it makes you look clingy and needy, even when it’s totally reasonable. Perhaps it’s the feeling that you invested too much in him or that you expected decency, but whatever it is, it’s common enough to feel foolish for bothering with someone who ghosted you.

When you start seeing someone, you tend to have an unspoken trust that they will treat you a certain way. This includes the unspoken belief that they still will be willing to chill around you or at least give you an explanation of why they can’t pursue you. Ghosting is a breach of that unspoken trust. It makes you less confident in the person who ghosted and it also tends to make you distrustful of others.

8. Overall, people who ghost get our hopes up, then shatter the hopes and trust we have in them.

That’s what hurts the most about ghosting. We really think we’re clicking with this person, then all of a sudden, they basically do this gesture that totally shows how little we mean to them. That hurts, no matter how strong you are.

You’re not alone in the pain you feel from being ghosted and just know that your pain and hurt is not irrational. For the sake of millennials everywhere, we hope this dating trend comes to an end ASAP.

6 Reasons Sex Is So Much Better In Your Twenties

When My Future Was Too Big For You, You Just Walked...