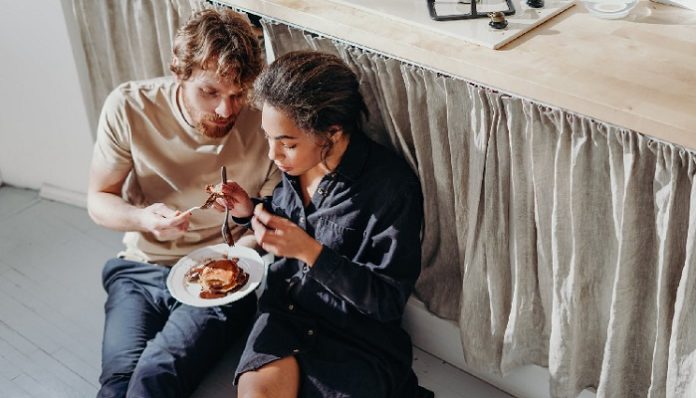 When you find yourself with a new man or even someone you’ve been dating for a while, you normally overlook any possible flaw they have because you’re wearing your “love goggles.” These love goggles blind you from seeing the negativity he may be bringing to your life or hide how horrible of a person he is because you’re just so obsessed with how great he seems.

Literally, everything he can do is seen as adorable; the smirk on his face when he stretches after taking a nap, the emoji he uses when commenting on your Instagram pic, or the way his lip moves when he’s about to sneeze.

While we’re supposed to embrace their flaws at any point in our relationships, more times than not, we completely dismiss red flags in the early stages because we’re so focused on how great things are. Don’t believe me? Let’s play out so scenarios shall we?

When he goes on about his ex and how she left him heartbroken: You think it’s cute he’s in touch with his sensitive side and are thankful he’s expressing himself. In actuality, he’s still not over her and you’re either his rebound, filler until he’s over her, or his pancake.

When he takes a long time to reply to your messages: You think he’s busy and a hard worker, or always keeping occupied when you aren’t together. He probably just doesn’t like to talk to you or is preoccupied with another woman.

When all of his conversations are about work: You think it’s good because he’s driven and work-oriented. In reality, he probably doesn’t have any other interests so that’s the only thing he can talk about it.

When he spends every second of every day with you: You get excited because he actually wants to spend a lot of time with you. But if he’s spending all his time with you, doesn’t that indicate to you that you’re all he has and that he’s going to become extremely needy? He’ll get disappointed when you can’t hang out and will probably kick up a stink about it.

When he gets jealous of other men in your life: You think it’s cute he’s protective over you and territorial. What that’s really saying is he doesn’t trust you (and he’s probably intimidated by your guy friends).

When he posts a picture of the two of you together on social media early on: You’re thinking “finally a man who wants to show me off!” Oh, he wants to show you off alright, to make sure his ex sees and will get jealous.

When he’s always making fun of you: You think it’s all playful and lighthearted. He’s actually condescending and just plain rude. And eventually, you’ll start to get hurt by his constant put-me-downs.

When he won’t take “no” for an answer ever: You’re thrilled a man is finally persistent with you and can challenge you on another level you’re not used to. If he never takes “no” for an answer then he has absolutely no respect for your boundaries. That’s an alarmingly scary fact.

I get that while you’re reading those scenarios and are probably denying that they’re true because you’re standing by your man. You’re also probably thinking of excuses for why he does the things listed above which is also a sign that you’re in denial. All of these red flags are signs that the relationship won’t last long, or that there will be a fair amount of arguments coming your way. Love goggles certainly are blinding, but take this reality check and reevaluate your relationship.