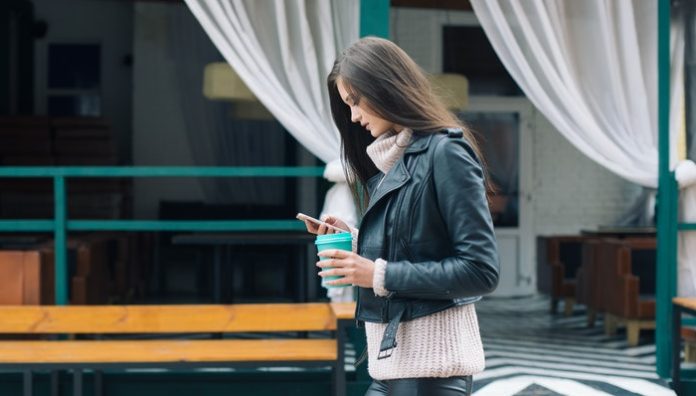 How many times have you been on a date (or hookup) with someone where at the end of the night you think it went well, and you’re left hoping for further plans and communication from that person?

Are you waiting around to hear from your date? Did you send a follow-up text and anxiously await a reply? The odds are you definitely did and most likely you’ll never hear back.

According to Wikipedia, the phrase “ghosting” has only been around since 2011. However, it’s wreaked havoc on all our lives ever since. For those of you unfamiliar with the term, it’s when an individual ceases all forms of communication with someone without warning or reason. Never to be heard from again. It’s an absolutely devastating feeling to be ignored and left without resolution. Unfortunately, it’s a common routine used by people when they’re either unable to communicate their feelings, or they’re afraid of owning up to their own issues.

Caspering entails letting the person you’re no longer interested in know you are cutting off communication and then disappearing out of their life completely.

The reason I’m a big proponent of “” is truly believe in karma. I have been ghosted a ton of times. I know the shitty feeling of not having closure or wondering “what if.” So, I do my best to avoid that kind of behavior. In all honesty, the concept of dating bugs me. However, in order to remain a decent human being and finding my elusive “ I need to be an active participant.

Additionally, I “” because it makes me feel better about the situation. Having the opportunity to verbalize my thoughts on the situation allows me the clarity and closure needed to shut that door. Additionally, once I “” someone, I don’t engage in the conversation further. Why continue discussing a potential relationship that in fact has no potential? I know that may come off as cold or harsh. However, in all fairness getting an explanation should make that person feel lucky.

Most of us don’t get answers, which is an unfortunate situation, that is why I advise to take being “” with a grain of salt.

Above all, the option to “casper” someone is the lesser of two evils. I’ve been driven to the point of frustration when I’ve been ghosted because I get in my head about everything I’ve done wrong. Now, hear me out–there is no need to be rude, disrespectful or malicious when you “casper” someone. The goal is to let that person down in the politest way possible without completely destroying them. I’m not saying every person has that ability! But there can be some people who truly take the smallest things to heart.

Keeping that in mind, you want to focus on the least offensive reason for calling it quits. Always start out with a compliment about how nice or sweet they are. Add in that you enjoyed their company (even if it’s a bold-faced lie). Toss in that you did some thinking (or my favorite: soul searching) and that you realize you’re not compatible or the potential for a relationship just isn’t there. There are of course endless variations on the “” text. For , I’ve gotten one that said there was no romantic spark. That is completely fine because it means there are even feelings involved. Crafting the perfect “” text is an art form and it certainly takes time and practice to nail.

All in all, I realize and recognize that people do have feelings. When you get involved with someone that person is giving a portion of themselves to you. Truthfully, it’s better to have been “” than to be ghosted, if only for a linear and selfish purpose. We’re all humans out there trying to make a soulful connection!