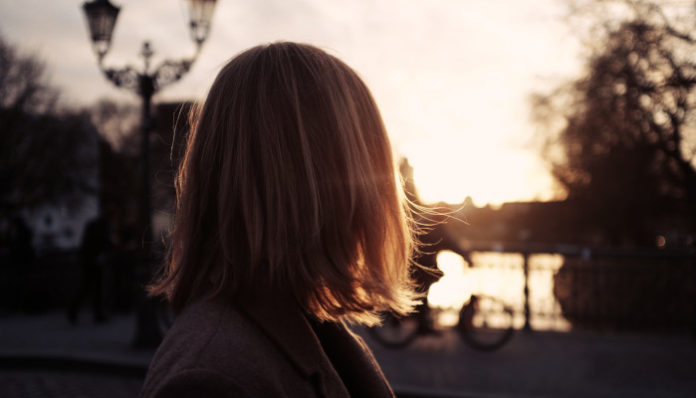 For the majority of my early life, Mormonism was my whole identity.

I attended church for three hours every Sunday. I studied Mormon materials daily with friends, and I even participated in youth activities at my church throughout the week. Even when I left for college, I served as president of my school’s Mormon women’s organization. I eventually transferred to Brigham Young University, a private Mormon university in Utah. Mormonism made me feel both happy and proud, but it also caused me to hide another important part of myself for many years.

Around age 13, I realized that I felt somewhat “different” from other girls my age.

I felt annoyed and ashamed when female peers would talk about the boys they were crushing on. One night, I told my best friend that I experienced “ a weird feeling in my stomach” when I was near one of our other female friends. Although my friend and I didn’t understand my feelings at the time, I later discovered that I felt those butterflies because I found that particular girl attractive.

Even after the realization that I had feelings for my own gender, I never called myself “gay.” I never told anyone about my attractions, either. After all, my Mormon upbringing told me that homosexuality was sinful. I needed to live a moral life if I wanted to go to Heaven with my family someday. I tried dating boys, but those relationships never worked out. Still, I fought against my “same-sex attraction” and focused all of my energy on my salvation.

I lived “in the closet” for 8 years, but eventually I could no longer keep my secret to myself.

The moral dilemma around my sexuality caused me to experience daily panic attacks, severe depression, and even thoughts of sucide. For the longest time, I genuinely believed that dying would be easier than facing the reality of being a lesbian Mormon.

Thanks to a close friend’s encouragement, a few weeks before I graduated from college, I finally found the courage to come out to my parents. To my utmost relief, my parents responded with unconditional love. They assured me that I would always be welcome in their home, no matter who I loved. The support my parents and friend showed me that weekend gave me the courage to graduate from college.

Even after my parents accepted my sexuality with open arms, it took me many years to finally love myself exactly as I am.

The dissonance between my religious beliefs and my sexuality caused me the deepest pain I’ve experienced in my entire life. In 2017, after a long internal struggle, I finally stopped attending the Mormon church and adhering to its teachings. I have been dating women for the past two-and-a-half years. In that time, I have lost the privilege of taking the sacred sacrament on Sundays. I can no longer enter Mormon temples. I’m also not allowed to say prayers or give speeches in church. I can’t volunteer my time as a teacher, minister, or organizational leader of any kind. However, I am finally choosing to carve out my own spiritual path and live a new life outside of the walls of the Mormon church.