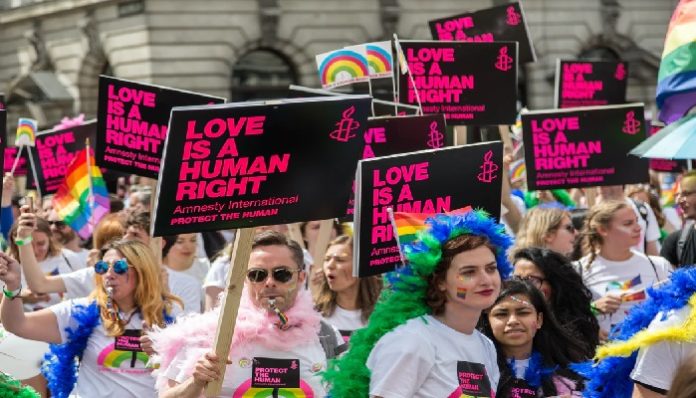 In 2016, I saw something on the news related to LGBTQ and suicide that truly devastated me. It showcased “a first-of-its-kind, nationwide study from the Centers for Disease Control (CDC), which found elevated rates of bullying, physical violence, rape, drug use, depression and suicide among America’s sexual minority students.”

That information is tragic, but what shocked me was the sight of my own high school guidance counselor, Sue Henderson, who I knew well when she supervised my school’s Gay-Straight Alliance. She talks about a female student who was one of the first at the school to bring their girlfriend to prom (which I did my senior year), and how later the same female student went off to college — and “she jumped in front of a train and killed herself.” And I realized, she could have been talking about me.

I could have very easily died by my own hands, for almost identical reasons.

Who am I? I’m a survivor. I have been an active member of the LGBT community in various forms for over 10 years. Currently, I’m the T — a trans man. I was bullied growing up, starting roughly around kindergarten. It persisted day after day, year after year. My first suicide attempt was in 5th grade, when I was 10 years old. I’d had a fight with my best — and only — friend, and decided life wasn’t worth living if everyone hated me for being different.

I survived the incident, but I was scarred.

In 7th grade, I received a bunch of threatening calls on my house phone. The next day, I was called in to see a guidance counselor. She informed me that a kid had brought a knife to school and was openly talking about hurting me. She said I should try not to make people so mad at me. By now I wasn’t shocked by the guidance counselor blaming me. I had gotten used to adults letting me down. That same year I attempted suicide again.

The CDC’s study surveyed 15,000 students, asking about experiences with drugs, bullying, and sexual violence. Of those students surveyed, 8% were LGBTQ, equivalent to 1.3 MILLION students nationwide.

And results are bad:

But what disturbs me the most, on the most personal of levels is that 40% of these students have contemplated suicide, and 29% attempted suicide in the past year.

These numbers are frighteningly high, which is why I’m writing this — to show these kids that you CAN survive this bullshit and come out the other side. So yes, these things the CDC has discovered have been happening for a long time, and I’ve offered a small part of my life as testimony.

To the kids going through this time:

The best revenge you can get on those bullies is living a life where you are true to yourself and happy. Every day is probably Hell, but after high school, you never have to see these people again. All their power means nothing in the outside world. Times are hard and you are hurting, but when you make it to the finish line, the world is so much better.

To the adults in these kids’ lives:

These numbers need to change for the better, and soon. LISTEN to the kids. Sometimes you may be their last hope. We can’t forget, these are CHILDREN, and some of them have lost all faith in life. They need us to take the necessary steps to put an end to bullying, sexual assault, and suicide among youth.