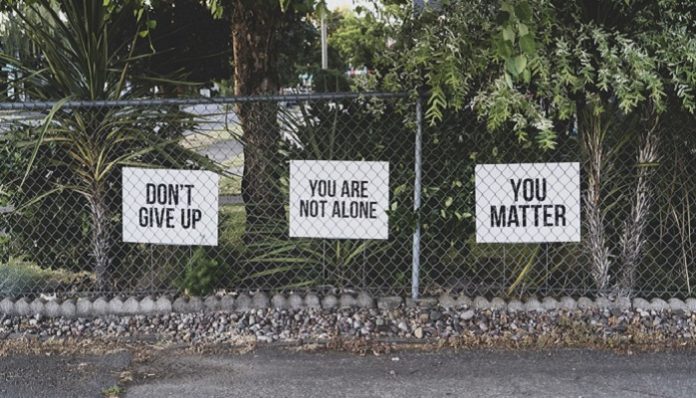 Personally, I have thought about committing suicide since I was four and my mother told me how my father had passed away. You see, ironically, my father had lost his life during the same month that we universally strive to prevent suicides. As I got older, it became painfully clear that I was subject to the same mental illness that my father was rumored to have. In that spirit, I struggled for nearly two decades with the same inner demons I can only imagine echoed inside the mind of my father. After my third attempt to take my own life, I finally received the help I desperately needed to save my life.

Suicide does not discriminate against any single group. It can affect anyone regardless of age, gender, race, or background. My father’s mental illness was rumored but never diagnosed. Suicide is very often the result of untreated mental illness or mental health condition.

While suicidal thoughts are not uncommon, they are most certainly not normal. They often point to more serious problems. It can be incredibly scary to hear someone we love have suicidal thoughts. It can be even more disheartening to suffer alone with your own thoughts of giving up or not wanting to continue with your life. It’s imperative to take these thoughts seriously. As the adage goes, suicide is a permanent solution to (often) temporary problems.

The CDC states that suicide rates have increased by 30% since 1999. We lost nearly 45,000 lives in the US to suicide in 2016. Suicidal thoughts often begin as suicidal ideation, such as “Nothing will ever change” or “I don’t want to wake up anymore.” After someone ends their life through suicide, survivors are left grappling with pain, stigma, and an inability to understand.

The warning signs vary, but may include:

Remember: suicidal warning signs are serious, but suicidal behaviors are a medical emergency.

According to NAMI (National Alliance On Mental Illness), if you or a loved one starts to take any of these steps, seek immediate help or call 911:

Moreover, while suicide may feel as if it comes out of nowhere, nearly 50% of victims had a known mental health condition.

However, not all sufferers of mental illnesses will attempt suicide. Hence, there are additional risk factors:

Seeing any of these disturbing signs can be very overwhelming. Moreover, talking can be even more difficult. Check out NAMI’s September 2019 blog for discussing suicide with someone.

Crisis resources are key! Call 911 immediately if you suspect an emergency. Call the National Suicide Hotline if you are in crisis or are experiencing difficult or suicidal thoughts: 1-800-273 TALK (8255). Furthermore, some of us have notorious phone anxiety, which is why there’s an excellent texting feature. Text NAMI to 741-741 to be connected to a free, trained crisis counselor on the Crisis Text Line.

Suicide prevention must be discussed year-round, but September provides a devoted space to shine a light on the darkness. Helping remove the stigma of suicide can save countless lives. I have experienced bleak, hopeless moments so I’m here to tell you that you can heal and thrive. There is hope.

5 Ways To Get A Man With Commitment Issues To Commit...

10 Ways I Completely Changed After Losing My Child