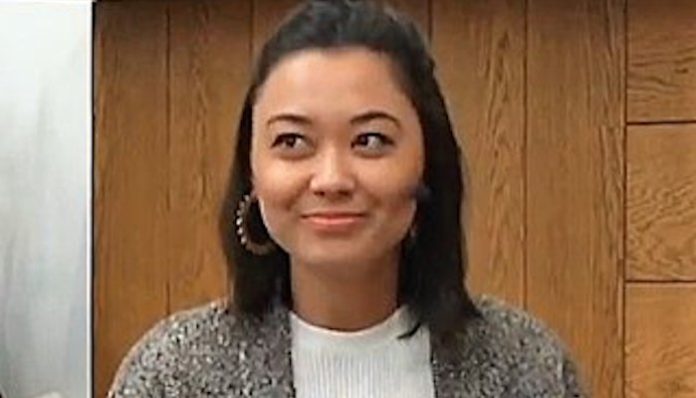 Her voice sounded soft, but resolute. “You don’t know me, but you’ve been inside me,” Chanel Miller shared in a 2016 statement to her rapist.

On January 18, 2015, Brock Turner raped Chanel Miller. As a recent Palo Alto grad, Miller decided to attend a party with her younger sister. After falling ill from alcohol consumption, Miller stopped behind a dumpster. As she lost consciousness, Brock Turner began sexually assaulting Miller. Her night of revelry abruptly ended thanks to two Swedish Stanford international students who intervened. Turner fled the scene as they approached, but the two girls restrained him until law enforcement arrived on scene.

Chanel learned about her assault as she woke up on a hospital gurney. However, she later learned about the horrific details of her victimization by reading news stories on her phone.

Under the name Emily Doe, Miller made national headlines in 2016 when she confronted Turner with an incredibly powerful victim statement.

Her words soon became a rally cry for millions of sexual assault survivors. It was this statement that resonated for so many and made the sentence Brock Turner received even more enraging. Turner received a mere six-month jail sentence. Officials recalled the judge in the case, Aaron Persky, in 2018 due to the overall disgust in this case.

Now, Chanel Miller is back in the headlines, reclaiming her life.

Remaining anonymous until Wednesday, Miller is releasing a memoir later this month titled Know My Name. In a 60 Minutes interview that will air on September 22nd, Miller shares her struggle, story, and survival with the same audience who watched Turner’s sentencing with disgust.

When I first heard that Chanel Miller had finally revealed herself, my mind wandered to June, 2016.

I remember sitting down in my kitchen floor, bawling as I read her account. She was the voice of countless assault victims. As she shared her account, she said the things we all longed to say but lacked the eloquence or courage to publicly share. She changed the dialogue surrounding rape for an entire generation of women. It’s no wonder why she initially remained anonymous; that’s big, scary stuff.

Since that day in 2016, I came forward regarding my own sexual assaults. I openly said the names of the men who’d raped me over the course of my life. If a woman who the justice system completely thwarted could share her voice, I could do the same mine. As I shared my story, I silently thanked Emily Doe.

Tonight, as I celebrate my 33rd birthday, I can now formally thank Chanel Miller.

So, Chanel: Thank you. Thank you for sharing your strength, your voice, and your message. All assault survivors and all women are in a better place because of the bravery you displayed back in 2016 and continue to show now.