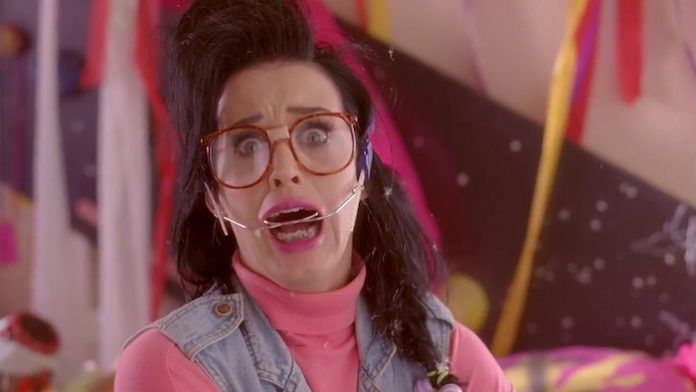 I have a confession to make: One of my favorite things in the world is jamming out to early-2010’s “party pop” music. You know, those songs with catchy electronica vibes? Those songs about dancing, drinking and drugs? Those songs everyone makes fun of now because they’re “so old?” Listening to those upbeat dance songs is my guilty pleasure, and I will never apologize for it.

I’m obsessed with early-2010’s “party music” now because I never fully got to enjoy it when I was in high school. Despite the fact that I spent my high school years (and honestly, every moment thereafter) stone-cold sober, my overprotective mother refused to let me listen to anything that referenced drugs, alcohol or sexually provocative behavior, which meant missing out on all of the good songs on the radio. Thankfully for my music taste, my mom didn’t always have the keenest ear for provocative lyrics or drug references, so I did get to enjoy some of the best music of the early 2010’s, but the moment she discovered that a song was the least bit inappropriate, she would ban my sister and me from listening to it on the radio.

Honestly, I found this ridiculous. What was her extremely straight-edge teenage daughter going to do, get a fake and start staying out all night drinking and clubbing? But I was obedient, and I knew I had bigger battles to fight than what was playing on the car radio on the way to Mock Trial practice. So, instead of becoming a (still fairly straight-edge) teenage rebel, I enjoyed my favorite tunes at school as they blared from the quad at lunchtime.

When I was 17, my dad let my sister and me make Pandora accounts, and a whole new world of (slightly inappropriate) music opened up. At last, I could listen to anything I wanted with headphones in, the beat pumping and no one telling me “no.” But I was nearly an adult, so listening to songs with provocative lyrics no longer seemed as alluringly illicit as it had when I was 14 and looking to start a quiet teenage rebellion.

The “party songs” I loved as a teenager have never left my playlist. I might be the only one who still has “Last Friday Night” on their phone and actually listens to it, but I don’t care in the slightest. I refuse to feel ashamed about my guilty pleasure because why should anyone feel bad for loving something that makes them feel alive? While everyone else is vibing on Cardi B and Dua Lipa, I’ll be jamming to 2010’s greatest hits, living out my “teenage rebellion” fantasies… just a few years late.

Did you face a similar situation growing up? What kind of music didn’t you get to enjoy that now you blast without regrets? Share in the comments below!

Why Following Your Heart Leaves It Broken

I Love Christmas, But The Holidays Aren’t The Same Without You

Here Are A Few Ways You Can Start Celebrating Diversity