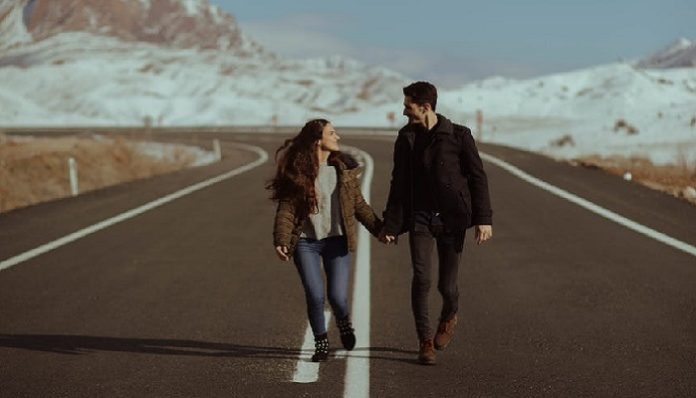 Like many people facing the dreaded long-distance-or-breakup-debate, I was stuck in a similar situation four years ago. When the summer comes to an end and reality sneaks up on you, it can be hard to adjust to the idea that you may be uncomfortably far away from the person you love. And to that I say, don’t.

Alright, so I realize that sounds kind of crazy. But from someone who went through a lot of unneeded and unwanted stress when it came to a relationship that ended up working out fine, I truly mean it. I was going off to college four hours away and my boyfriend had been drafted to a D1 college to play football. We had been in a relationship for two years and were both freaking out about the distance – not too different from a lot of other couples out there.

What made our relationship rocky was the doubt that we were both bringing into it. We had no reason to believe that it wouldn’t work out fine, and it was the doubt, not the distance, that put a strain on our relationship. Once we figured that out, it was smooth sailing from there. We knew that we could work through whatever came next because we had already beaten the distance, the biggest challenge of all.

Honestly, I think the distance helped shape us into the people we are now. I was able to grow and experience everything that I needed to on my own, and I don’t think I would be who I am now if I was relying on another person throughout my college career. My boyfriend and I got to be on our own, make our own friends, and ultimately be our own person, which we wouldn’t trade for anything. Four years later and we’re just as strong individually as we are together.

And my friend Gillian has a similar story. She understands, like I do, that distance can be tough, but totally worth it in the end. For every con there is a pro, and she’s turned the top three cons of long distance into pros.

You can’t be physical with each other.

You get to know each other emotionally – really, really well.

It can be tough to grow apart instead of growing together.

You face a large test to the relationship right away, which makes you have a strong foundation.

It’s hard to communicate through just texts and phone calls.

Modern technology makes it easier than ever to get face-to-face interaction.

I ended up marrying my long distance boyfriend. As a matter of fact, we had a longer distance between us than any other couple I know. We spent six months of our relationship apart. He was in Hawaii for three months and then in Nepal for another three, during which for that time we couldn’t even talk. And when he was home, he was a two-hour drive away from me. Until the day I married him, we had to work hard for our relationship, but it obviously was worth every second.

The truth is that long distance is not a death sentence to a relationship. It can actually be a gift. I credit our ability to stay together to the fact that long distance offers one benefit that no one talks about. My husband knows me better than anyone.

When you’re in a long distance relationship, there is no option for a physical relationship. Without even being able to hug each other, you’re forced to get to know each other on a deep emotional level first. You find yourself having conversations that you’ve never had with anyone else, simply because all you can do is talk.

I won’t lie; long distance relationships are difficult. They put couples to the test. But they are by no means impossible. With social media like Skype and FaceTime, we have the ability to be constantly in touch with the world, and lucky for us, each other. Communication, a huge key to relationships, is still possible. In the end, it’s up to you whether to let distance tear you apart or make you stronger.

Featured image via Adil on Pexels